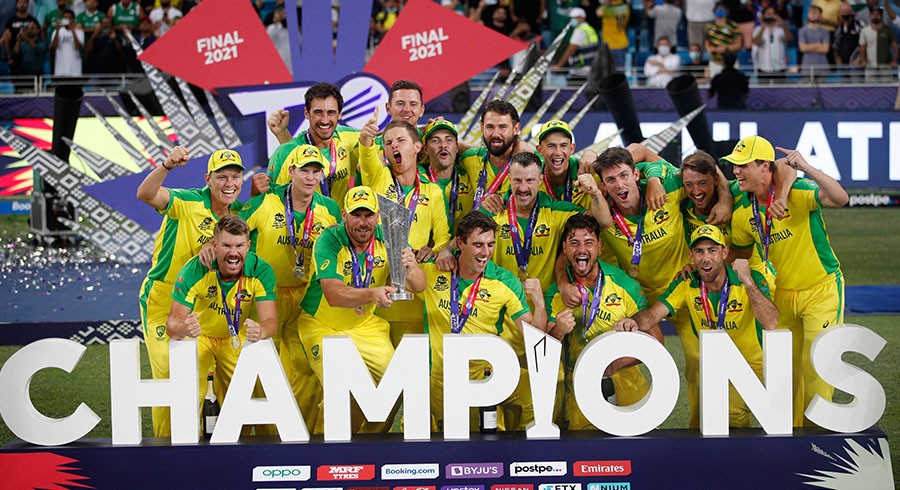 Australia have been crowned as the 2021 ICC Men's T20 World Cup winner as they outclassed New Zealand by eight wickets in the final at the Dubai International Stadium.

The Aussies steered the chase in the 19th over for the loss of two wickets only. Earlier, New Zealand posted 172/4 courtesy of a magical knock by Kane Williamson.

Blackcaps were asked to bat first by Australia captain Aaron Finch. The duo of Martin Guptill and Daryl Mitchell were off to a flyer but the Aussies controlled the proceedings after Josh Hazlewood removed Mitchell in the fourth over. Mitchell scored 8-ball 11.

Australia kept New Zealand in check and conceded only 57 in the first 10 overs. Blackcaps skipper Kane Williamson took the charge in the 11th over and hit 19 runs. Mitchell Starc was all over the place with his lengths and also bowled a no-ball.

Meanwhile, Guptill was having a bad stay in the middle. He tried to attack Adam Zampa but he was caught by Marcus Stoinis. He scored 28 off 35 balls, powered by three fours.

On the other hand, Williamson didn't hold back and pushed Australia on the back foot. New Zealand raced to 136 at the end of the 16th over as Williamson hammered 22 runs off Starc's over.

Hazlewood came on to bowl the 17th over where he bagged dismissals of Glenn Phillips and Williamson. Phillips scored 18 off 17 balls while Williamson struck 85 off 48 balls, the highest-ever score by a captain in a T20 World Cup Final. Williamson smoked ten fours and three sixes.

Kane Williamson's masterclass helps New Zealand to the highest total in a final of a T20 World Cup! 💥

In return, Aaron Finch (5) once again had a disappointing outing. The right-hander decided to be ultra-aggressive after hitting Trent Boult for a boundary on the previous delivery. Finch was caught by Mitchell, who ran from square leg to deep midwicket and grabbed a running catch.

David Warner and Mitchell Marsh steadied the proceedings after Finch's dismissal. They started to accelerate in the ninth over where Warner scored 17 runs off Ish Sodhi. The Aussies were 82/1 at the halfway mark.

Warner reached fifty in just 34 balls while Marsh continued to find boundaries. They were on course to lead the chase but Williamson introduced Boult for a much-needed dismissal. He rattled Warner's stumps, who scored 38-ball 53.

On the other hand, Marsh scored a 31-ball fifty, the fastest fifty of T20 World Cup Final history. Marsh and aggressive Glenn Maxwell guided Australia to the first-ever T20 World Cup title by chasing the total in the 19th over.

Mitchell Marsh with the finest display of power-hitting! A game-changing knock from the Aussie.#NZvAUS #T20WorldCupFinal pic.twitter.com/UQGEvWgkqx

Marsh remained unbeaten on 77 off 50 balls. He hit six fours and four sixes. While Maxwell scored 28 off 18 balls. Boult was impressive for New Zealand, bagging figures of 2/16. 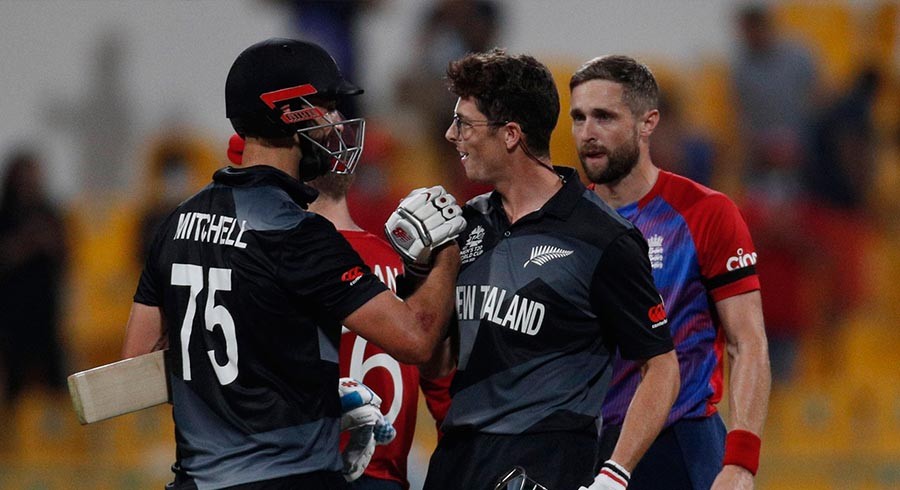 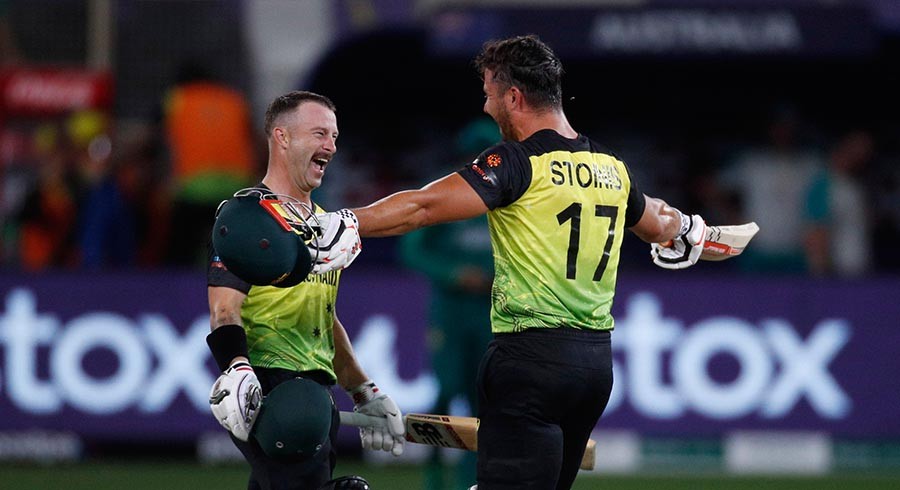