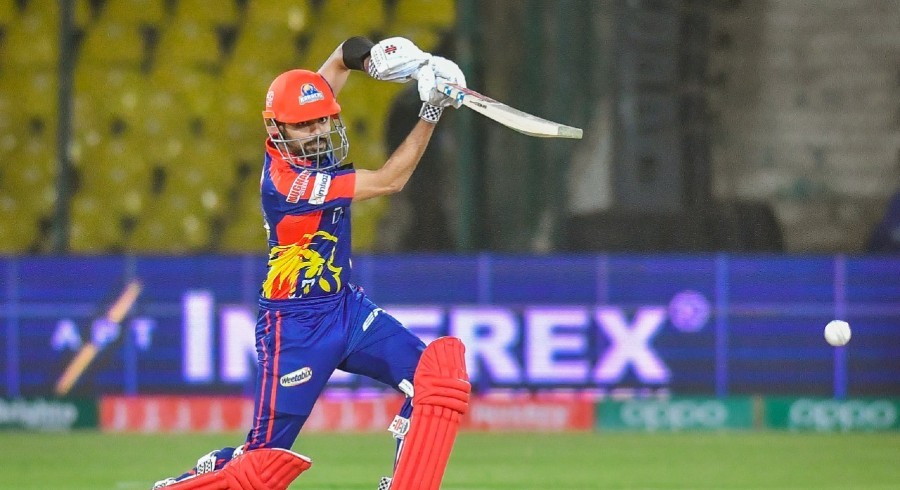 Karachi Kings put on a dominant display with the bat, on the back of Babar Azam’s excellence, to crush the Multan Sultans side with a seven-wicket victory with seven balls remaining after the latter had posted a mammoth total of 195 runs in the first innings.

Chasing the massive total, Karachi Kings were off to a flying start as opener Sharjeel Khan scored a quickfire 27-run knock off just 14 balls to get the chase underway.

Pacer Shahnawaz Dhani got the better of Sharjeel as the opener edged a delivery to wicketkeeper Mohammad Rizwan after an opening partnership of 53 with fellow opener Babar Azam.

Batsman Joe Clarke then joined Babar to build a massive 97-run partnership off just 58 balls that took the wind out of the daunting chase. Dhani managed to remove Clarke, caught by fielder Chris Lynn, after the batsman had raced to 54 runs off 26 balls.

Batsman Colin Ingram could not get going and was removed swiftly by pacer Sohail Khan after scoring just six runs off five balls.

The star of the chase however was undoubtedly opener Babar Azam, who unleashed his incredible stroke-making skills in pursuit of a match-winning and unbeaten 90-run knock off just 60 balls that guided his side to an emphatic victory.

Shahnawaz Dhani was the pick of the bowlers for Multan Sultans picking up two wickets while Sohail Khan took one wicket.

Earlier, Multan Sultans had managed 195 runs against Karachi Kings after the latter brought back some semblance of control in the death overs, despite a horror start that saw the batsmen plunder runs left, right and centre at the National Stadium in Karachi on Saturday.

After losing the toss and being put in to bat first against Karachi Kings, Multan Sultans openers Mohammad Rizwan and Chris Lynn got their side off to a brisk start.

Pacer Mohammad Amir was swinging the ball well but his excellence with the new ball hurt Karachi Kings' cause as two reviews were wasted in the second over of the game. The first review was taken when the ball nicked the wicket but the bails didn’t fall off as the Karachi Kings side thought it had nicked the bat. The second review was taken as a foolish delivery caught Mohammad Rizwan on the pads but the review showed the ball pitching outside leg stump.

Despite those early jitters Chris Lynn stepped up for his side and started swinging for the fences to come out of his recent slump. The hard-hitting openers took the Karachi Kings’ bowlers to the cleaners racing to 32 runs off 14 deliveries that helped his side to a flying start.

All-rounder Imad Wasim finally got the better of Lynn, caught by fielder Babar Azam, after the batsman had put on an opening partnership of 53 runs along with fellow opener Mohammad Rizwan in 4.2 overs (28 balls).

Batsman James Vince then arrived in the middle and continued the momentum created at the start. Another vital partnership followed which saw the Sultans plunder 70 runs off 42 deliveries as the Karachi Kings’ unit struggled with their fielding.

Pacer Arshad Iqbal then forced a false shot from in-form skipper Mohammad Rizwan as the batsman slogged the ball into the hands of fielder Mohammad Nabi after scoring 43 runs off 32 balls.

Karachi Kings then began to restrict Multan Sultans after the carnage in the first half of the innings. Arshad Iqbal removed batsman James Vince next, caught by fielder Colin Ingram, after the hard-hitter had raced to 45 runs off 29 balls.

Pacer Waqas Maqsood joined the wicket-takers’ column next, bowling batsman Khushdil Shah with a perfect yorker, after he had managed just six runs off seven balls.

Batsman Sohaib Maqsood remained not-out in the end after scoring 34 runs off 27 balls to guide his side to an imposing 195 runs for the loss of six wickets in their allotted overs.

Arshad Iqbal was the pick of the bowlers for Karachi Kings after taking two wickets in four overs at the expense of 36 runs.