Kings qualify for HBL PSL 6 playoffs after win over Gladiators 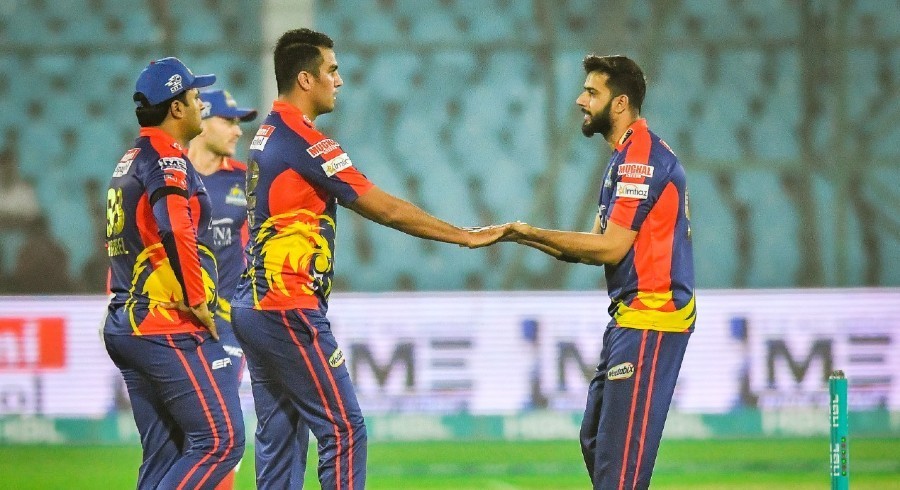 Karachi Kings registered a 14-run win over Quetta Gladiators on Saturday to qualify for the playoffs of HBL PSL 6.

Chasing a target of 177 runs, Saim Ayub gave an ideal start to the innings as he dispatched Imad Wasim for two sixes before hitting Amir for a boundary straight down the ground.

However, Saim’s 19-run knock came to an end as he edged a delivery from Mohammad Ilyas to the wicketkeeper.

Jake Weatherald was also soon undone by a delivery by Arshad Iqbal that kept low and departed after scoring 25.

Usman Khan and Sarfaraz Ahmed kept rotating the strike till the 10th over to keep Quetta on track for the chase.

However, Ilyas returned in the 11th over to induce a false shot from Usman, who was caught by Imad at mid-off for 15.

After taking his time in the first 10 deliveries, Azam smashed Arshad Iqbal for a six. However, Iqbal got his revenge on the next ball as Azam was caught at third man while trying to go for another maximum.

Sarfaraz and Hassan Khan scored 15 runs in Arshad Iqbal’s final over to keep Quetta alive in the chase.

With 59 runs needed in 24 balls, Hasan was run out in an unfortunate way to bring an end to his 24-run inning from 15 balls.

Ilyas was the pick of the bowlers as he finished with 3 wickets.

After opting to bat first, Kings made a strong start as Sharjeel Khan took a particular liking to Jack Wildermuth as he dispatched the pacer for two sixes inside the powerplay.

Babar Azam also made use of Naseem Shah’s pace and erratic line to accumulate runs early.

Quetta’s local talent, Abdul Nasir, kept Kings’ run-rate in check by conceding only 6 runs in his first two overs. Babar tried to charge the young spinner but struggled to get the required connection and was caught at deep for 23.

Aarish Ali Khan had a dream start to his PSL career as he dismissed Martin Guptill and Sharjeel Khan in his first over. Guptill was caught at long off while trying to take the aerial route, while Sharjeel dragged the bowl onto his stumps and departed for 45.

Spinners continued to turn the screw on Karachi batsmen as Aarish dismissed Najib Zadran in a similar way to Sharjeel. Najib tried to cut the delivery which turned back sharply and dragged it onto his stumps, thereby reducing Karachi to 99-4 at the end of 15 overs.

Chadwick Walton decided to up the ante and smashed Aarish for a six and a boundary in his final over. However, Aarish made a comeback in the same over by dismissing Imad Wasim, to complete his four-wicket haul.

Danish Aziz took no time to settle and hit a six and a boundary on his first two deliveries. But the main show was yet to come, as Danish smashed a PSL record as he accumulated 33 runs in the 19th over by Jack Wildermuth. Aziz smashed four sixes against the Australian to bring Karachi back on track.