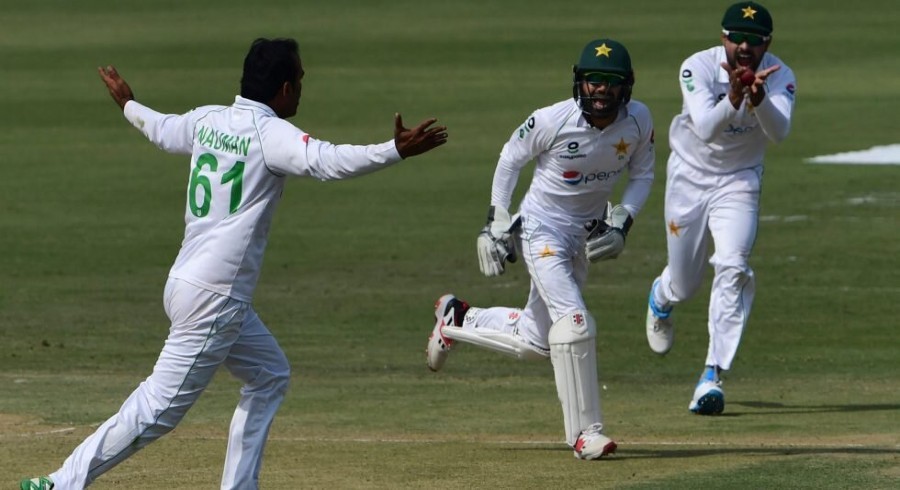 A fifer in the morning by pacer Hasan Ali and a fifer late in the day by spinner Nauman Ali meant that Pakistan are now one wicket away from a series victory against Zimbabwe, after the hosts ended day three with a scoreline of 220 runs for the loss of nine wickets, still trailing by 158 runs in the second Test in Harare on Sunday.

After being bundled out for 132 runs in the first innings, still trailing by 378 runs,  Zimbabwe’s batsmen came out with positive intent when asked to follow on.

Opener Tarisai Musakanda (eight off 13 balls) was the first to depart off the bowling of pacer Shaheen Shah, caught behind by wicketkeeper Mohammad Rizwan.

Batsmen Regis Chakabva and Brendan Taylor, however, went after Pakistan’s bowling in a bid to release some pressure.

Brendan Taylor was finally removed by pacer Shaheen Shah, caught by wicketkeeper Mohammad Rizwan, after an enterprising knock of 49 runs off just 31 deliveries.

Nauman Ali then started to weave his web that would severely dent Zimbabwe’s efforts with the bat in the second innings.

The well-set batsman Regis Chakabva edged a Nauman Ali delivery, which was expertly caught by skipper Babar Azam, after he had managed 80 runs off 137 balls.

Nauman Ali then caught batsman Donald Tiripano for a duck before an ill-advised slog resulted in the undoing of batsman Roy Kaia for a golden duck as the spinner completed a much-deserved fifer.

Pacer Shaheen Shah then came roaring into the match, shattering the stumps of tailenders Tendai Chisoro (eight from 12 balls) and Richard Ngarava with a pair of vicious yorkers.

All-rounder Luke Jongwe remained unbeaten in the end after scoring 31 runs off 51 balls alongside tailender Blessing Muzarabani (0 off 12 balls) as the umpires called for stumps on day three.

Pakistan will begin day four requiring just one wicket for a series victory.

Nauman Ali picked up five wickets for his side while Shaheen Shah bagged four during Zimbabwe’s second innings.

Earlier, Pakistan continued their dominant run by bundling Zimbabwe out for 132 runs in their first innings, during the first session on day three of the second Test at the Harare Sports Club in Harare on Sunday.

Pakistan had enforced the follow-on which meant that Zimbabwe had to bat again, trailing by 378 runs. 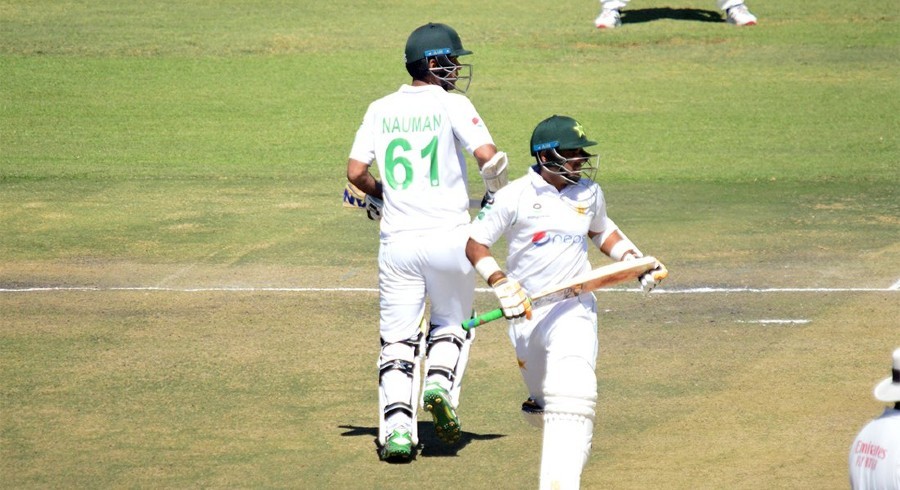 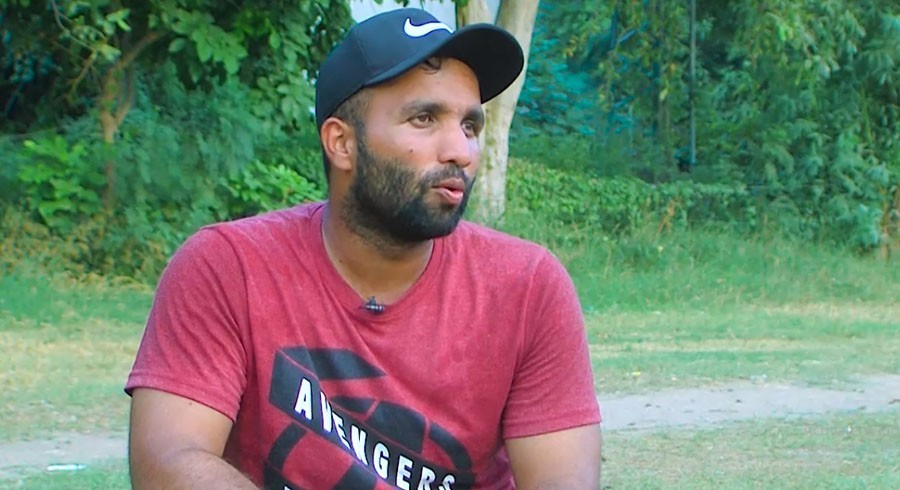 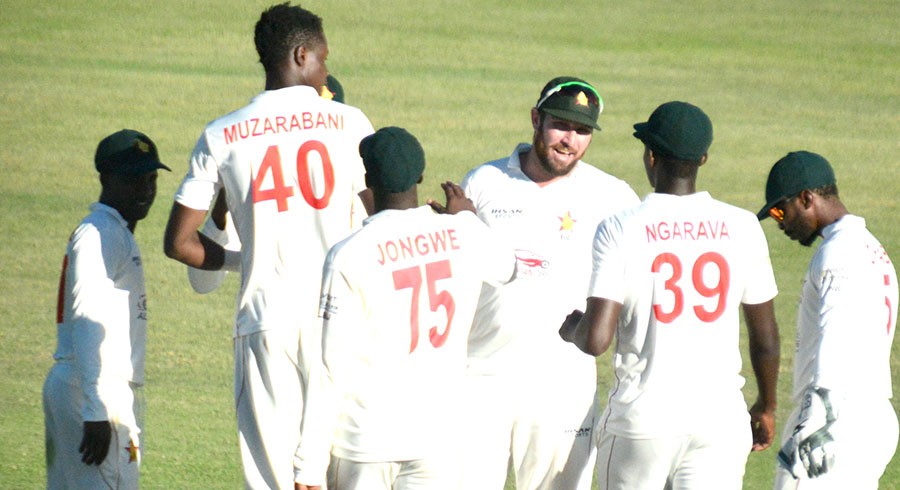