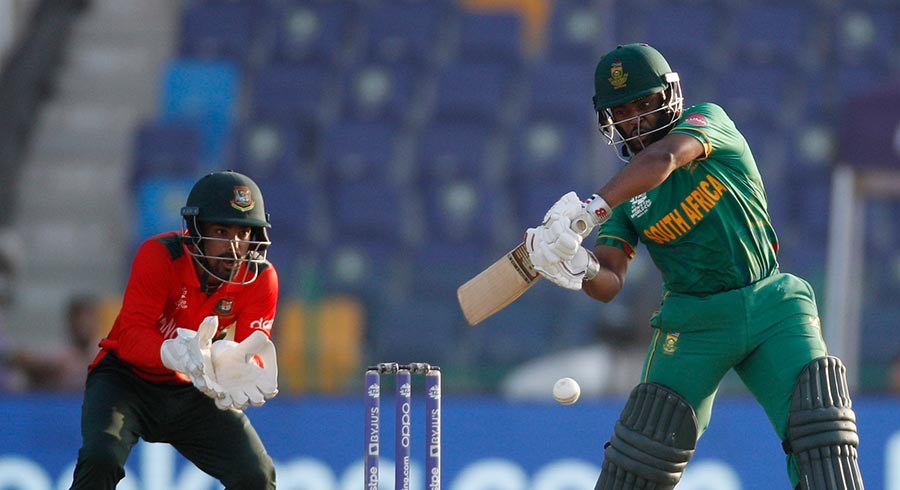 South Africa have registered an emphatic six-wicket win over Bangladesh at the Sheikh Zayed International Stadium in Abu Dhabi.

Proteas bowled out Bangladesh for just 84 and chased down the total for the loss of six wickets. They are placed at second on Group 1's points table and will play England on Sharjah on November 6 in Sharjah. Bangladesh have now lost four straight matches in the competition.

In return, Proteas lost Reza Hendricks in the first over as pacer Taskin Ahmed trapped him in front (4). Wicketkeeper Quinton de Kock fell to spinner Mahedi Hasan as he tried to take advantage of the powerplay. He scored 16 off 15 balls, powered by three fours.

Taskin returned to bowl his third over and removed in-form Aiden Markram for a duck. South Africa managed to score 33/3 in the powerplay.

Skipper Bavuma paired with Rassie van der Dussen in the middle and the duo steered the majority part of the chase. Van der Dussen walked back courtesy of a brilliant catch by Shoriful Islam. The right-hander made 22 in 27 balls which included two fours.

Meanwhile, David Miller hit a four off Mahedi Hasan and finished the chase in the 14th over. Bavuma remained unbeaten on 31 off 28 balls.

Taskin Ahmed impressed with his pace and finished with figures of 2/18 for Bangladesh.

Kagiso Rabada was awarded Player of the Match for his brilliant spell of 3/20. 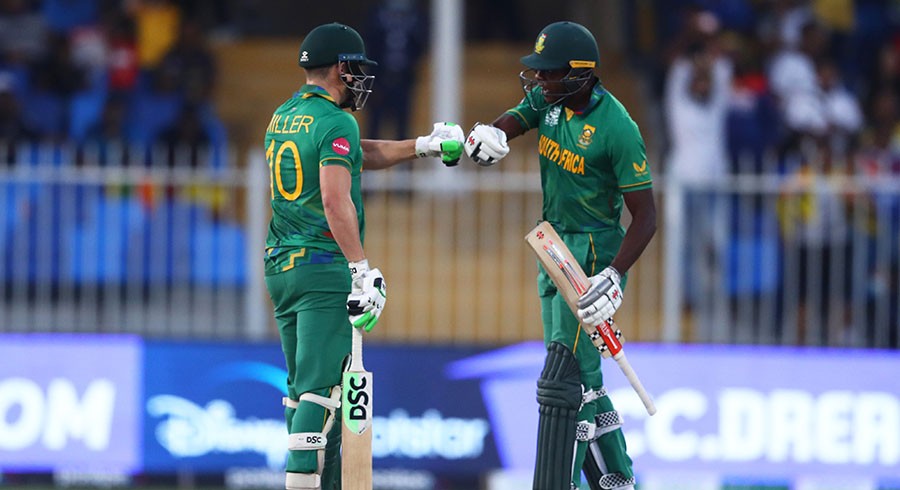 Hasaranga hat-trick in vain as South Africa down Sri Lanka 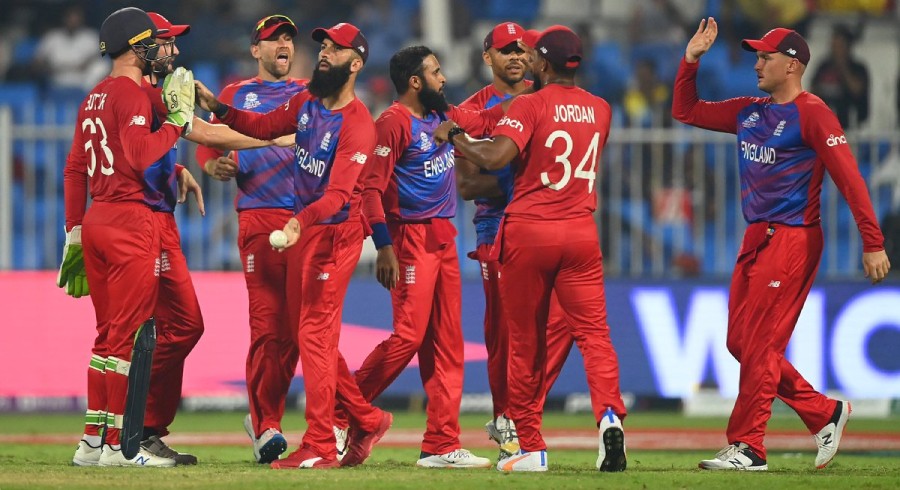