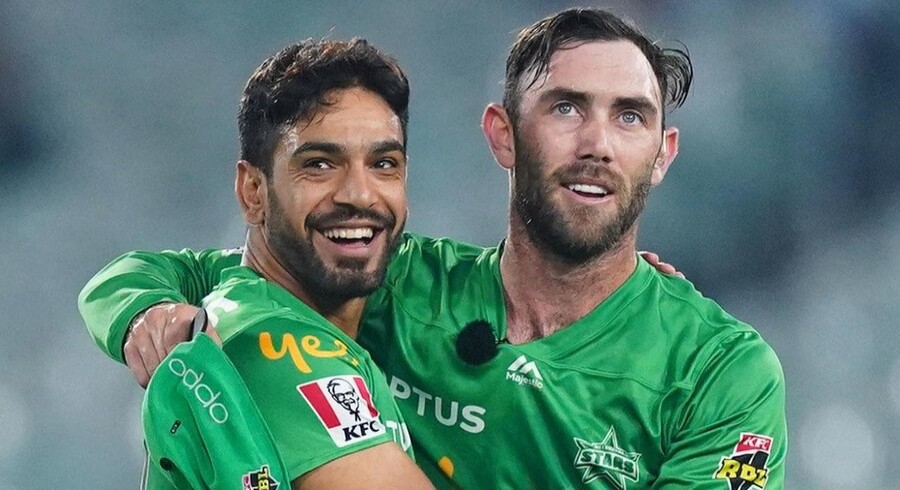 The right-arm pacer took 20 wickets in his 10-match stint with Stars and played an integral part in taking his team to the playoffs.

Maxwell, in a video posted on Stars’ Twitter account, opened up about his experience of captaining Haris Rauf in the ninth season of BBL.

“Even before his hat-trick last year, he had asked me what to bowl and he went the opposite way and still got it done, so it actually worked both ways,” he added.

Meanwhile, Zampa revealed how Stars’ batsmen dreaded the proposition to face Rauf in the nets during training sessions.

“Haris Rauf was an interesting one last year. We had heard of him playing some club cricket in Tasmania. Hurricanes were close to signing him but we got him at the last minute, and his emergence is something we all remember from last year. Since then he has gone on to play for Pakistan too,” Zampa said.

“He used to bowl 150 clicks in the nets and tried to blow blokes’ heads off. David Hussey had to remind him that these are your teammates. I would never face Haris Rauf in the nets,” he added.

The rise of Haris Rauf was simply spectacular 😍

📽️ Re-live his emergence in the latest edition of 10 Years of Stars Stories, brought to you by MG Motors!

He will be back in Stars colours soon 💚 #TeamGreen #BBL10 pic.twitter.com/IVZjgIB8LP

Rauf is set to return to the Melbourne Stars for the ongoing edition of the BBL and is expected to arrive in Australia in early January and be available until the start of February.