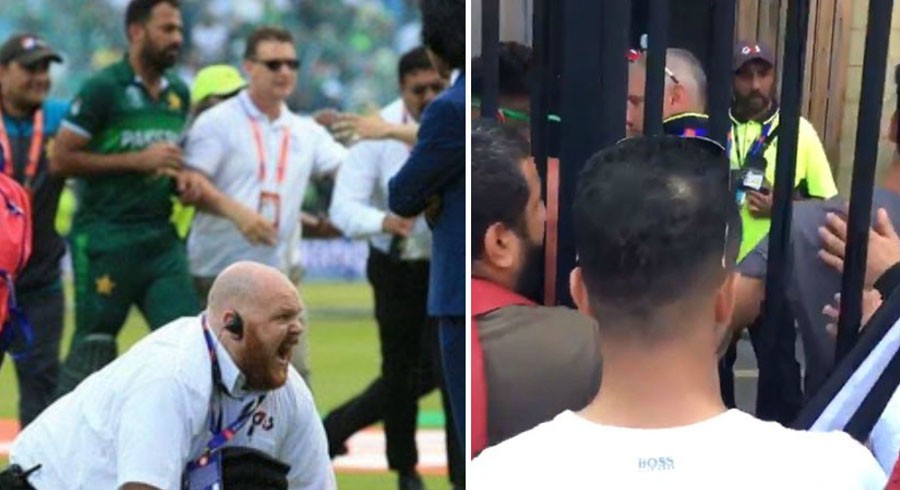 The Pakistan team management has requested the International Cricket Council (ICC) for additional security, after clashes between fans and spectators running onto the field during the Men in Green’s match against Afghanistan on Sunday in Leeds.

Police were forced to intervene as violent clashes between rival supporters, outside the stadium and in the stands, marred the World Cup match between the two sides.

After Pakistan’s nail-biting three-wicket win over Afghanistan, the losing team’s supporters also ran onto the field in a bid to attack the Pakistan players but security staff intervened to avoid any mishap from happening.

The Pakistan team were also restricted to their dressing room, after the conclusion of the match, due to lack of security and fear of more violent incidents. Later when additional security personnel arrived, after a complain was filed by the team management, the team was safely escorted from the stadium.

Political relations between the south Asian neighbours have been marked by years of distrust and blame.

Eyewitnesses told AFP there were clashes in the stands at the start of the match, which spread outside the ground until security officers intervened.

"Thanks to the intervention from security personnel the situation did not go out of control," said Ahmed Zai, who is from the Pakistani city of Peshawar, but lives in nearby Bradford.

A Pakistani journalist was also attacked by the crowd, stopping him from shooting video.

A statement from West Yorkshire police said: "At 11:55 am today (1055 GMT) police received reports of some trouble outside the ground linked to people trying to get in. Officers attended to disperse the group without any issues and remained on patrol in the area."

The International Cricket Council said in a statement: "We are aware of some scuffles among a minority of fans and are currently working with the venue security team and the local police force, West Yorkshire Police, to ensure there are no further incidents."

It added: "We do not condone any sort of political messages at the ICC Men's Cricket World Cup and will work with West Yorkshire police to deal with and understand why this has happened and to ensure it does not happen again."

The 17,000-capacity stadium was packed for the match, with Pakistan fans outnumbering Afghanistan supporters. 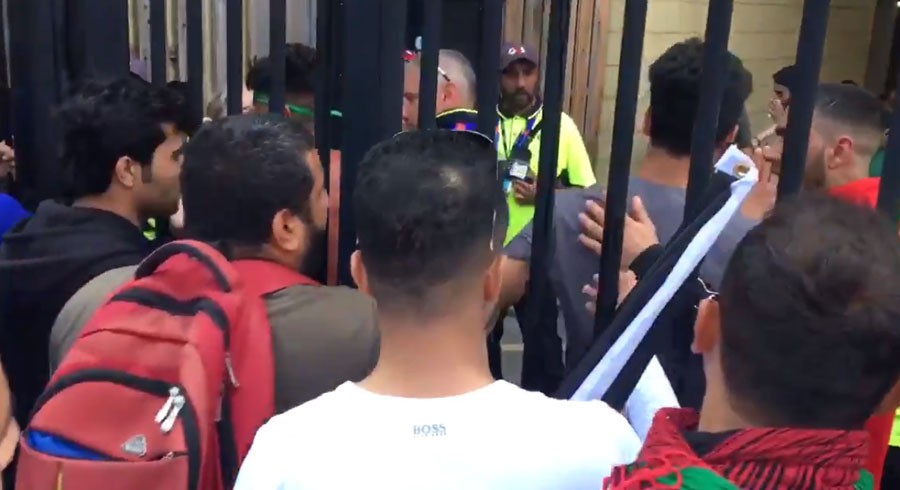