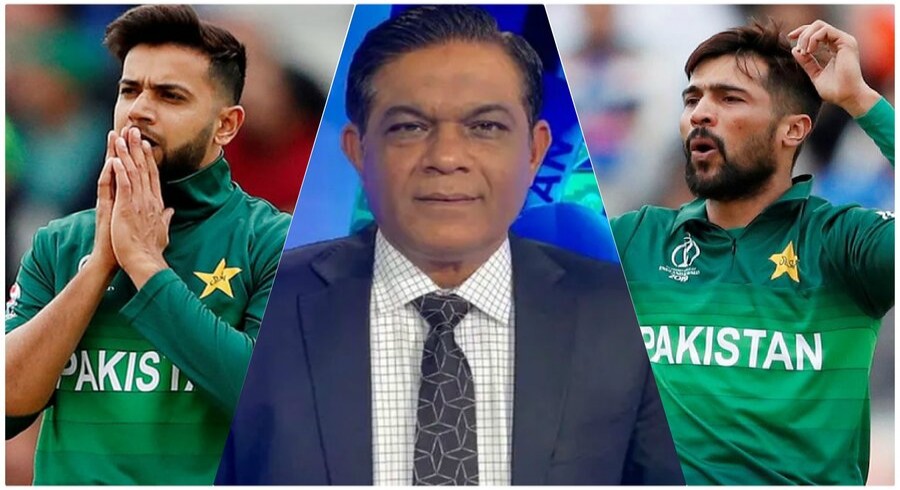 While speaking on his YouTube channel ‘Caught Behind’, the former cricketer was not happy with the team management’s decision to drop all-rounder for the third Twenty20 International (T20I) against New Zealand on Tuesday.

“Team management have shaken Imad’s confidence by benching him in the third T20I. There is no replacement for Imad Wasim in the team. In the previous match [second T20I], Imad was the last to be handed the ball. In batting as well, he has gone below Faheem Ashraf in the order,” said Latif.

Imad didn’t finish his full quota of overs in both T20Is he played, bowling a total of five overs in the entire series. After scoring 19 from 14 deliveries in the first T20I, the all-rounder played a quick unbeaten 10-run cameo from 5 balls, to take Pakistan to a competitive total.

Latif added that the 32-year-old all-rounder needs to be treated with respect as he is a proven performer and could be vital cog in Pakistan’s bowling attack in next year’s T20 World Cup in India.

“A player should be given respect, not because he is a senior player, but because of his performance. Imad has still not got the respect he deserves or his desired number [in the batting order] since he made his international debut. Yet, whenever he gets a little bit of time in the middle, he performs,” he said.

“His economy rate in T20s is amazing and you are trying to sideline him. The next T20 World Cup is in India, where Imad could be very effective. If you have made up your mind that you are going to treat him like this, then you are preparing a second Mohammad Amir,” he concluded.