The PCB has scheduled around 238 days of international cricket during the four-year period comprising 27 ICC World Test Championship fixtures (13 home and 14 away), 47 One-Day Internationals (26 home and 21 home) and 56 Twenty20 Internationals (27 home an 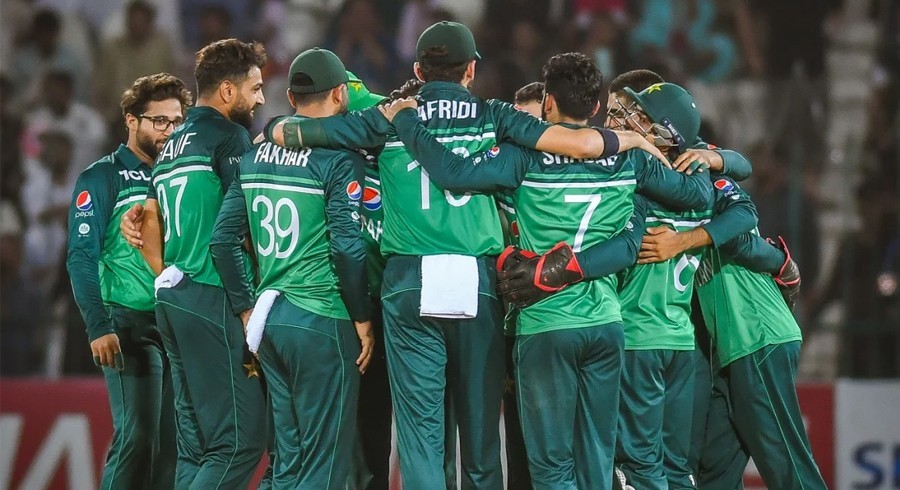 Player workload management, meaningful and exciting bilateral cricket, and preparations for the ICC global events were the cornerstones of the Pakistan Cricket Board’s strategy and philosophy while preparing the men’s Future Tours Programme 2023-2027, which was confirmed and unveiled today.

These include matches in the ACC 50-over Asia Cup and the ICC Champions Trophy, which Pakistan will stage in 2023 and 2025, respectively. The number of matches may increase depending on where Pakistan finishes in the ICC and ACC events between 2023 and 2027, as well as in the 2025 and 2026 three-nation ODI series.

The Future Tours Programme is prepared collectively by the ICC Member Boards. As such, the PCB will continue to work with its fellow Members and may include more matches and/or series, depending on the player availability and window for international cricket in the calendar.

In the ICC World Test Championship 2023-2025, Pakistan will play Tests against Australia (away), Bangladesh (home), England (home), South Africa (away), Sri Lanka (away) and West Indies (home), while their matches in the 2025-2027 championship are against Bangladesh (away), England (away), New Zealand (home), South Africa (home), Sri Lanka (home) and West Indies (away).

The three-nation ODI series has returned to Pakistan’s calendar for the first time since 2004-05. New Zealand and South Africa will join Pakistan in the tri-series in 2025, which will take place in the build-up to the ICC Champions Trophy 2025, while England and Sri Lanka will participate in the series in October/November 2026.

The PCB has scheduled white-ball matches with one eye on the ICC global events.

While Pakistan will host the Asia Cup 2023 and triangular series in February 2025 in the lead up to the ICC Men’s Cricket World Cup 2023 and the ICC Champions Trophy 2025, respectively, it will play 11 T20Is against the Netherlands, Ireland and England in the build up to the ICC Men’s T20 World Cup 2024, which will be jointly hosted by the United States and the West Indies.

Likewise, ahead of the ICC Men’s T20 World Cup 2026, which will be co-hosted by India and Sri Lanka, Pakistan will play Australia in three home T20Is.

Apart from Australia, three other sides - Afghanistan, Ireland and Zimbabwe - will also play white-ball matches in Pakistan between 2023 and 2027.

Pakistan’s FTP 2023-2027 reflects that it will play hosts to 10 out of 12 ICC Full Member nations for the first time in more than two decades.

PCB Chief Executive Faisal Hasnain: “While finalising our Future Tours Programme 2023-2027 in a tight and densely-packed cricket calendar, we have given priority to context, quality and player workload.  We have also tried to find an appropriate balance across all the three formats so that these continue to co-exist meaningfully.

“I am sure that our cricket fans will be delighted to know that top-ranked and attractive sides such as Bangladesh, England, New Zealand, South Africa, Sri Lanka and the West Indies will visit Pakistan to compete in matches for the ICC World Test Championship. Additionally, Afghanistan, Australia, Ireland and Zimbabwe will also tour Pakistan for the white-ball matches, which means 10 of the 12 ICC Full Members will play cricket in Pakistan during the four-year period.  This is exciting!

“We are also mindful that our sides must be provided with the best preparation opportunities so that they perform strongly in ICC competitions. Accordingly, this has also been an integral part of our strategy around scheduling, as we have scheduled appropriate international matches in the lead up to the ICC events.

“Furthermore, and in line with our vision for triangular ODI series to contribute in increasing excitement and attracting greater audiences, we have so far scheduled two tri-series in February 2025 and October/November 2026, involving New Zealand and South Africa, and England and Sri Lanka, respectively. This is also something for the fans to look forward to.

“The certainty and clarity around our home bilateral fixtures until 2027 provides us the platform to put together a robust commercial programme, so that we can optimise the exploitation of our commercial rights. This will enable us to hopefully increase our revenues and channel these back into the further development of our cricket, all across from our grassroots talent hunt to our international playing facilities.”

Remember, Cricket Pakistan had posted last month about the next two FTP cycles citing the possibility of change going forward.

May – Bangladesh in Pakistan (three ODIs and three T20Is)

HBL Pakistan Super League (these are tentative windows during the 2023-2027 cycle):