According to the revised arrangement, Bangladesh will play three T20Is in Lahore from January 24 to 27 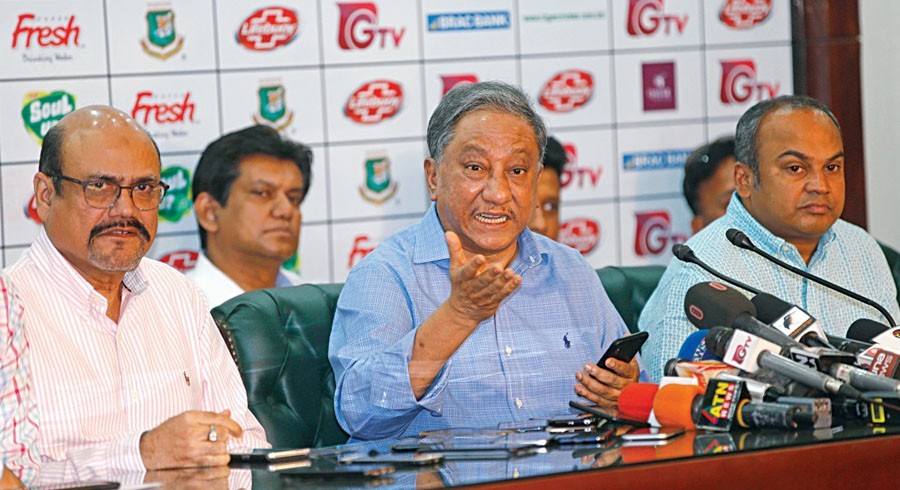 The Bangladesh Cricket Board's (BCB's) President Nazmul Hasan has revealed that the Pakistan Cricket Board (PCB) is set to suffer a huge financial loss for hosting Bangladesh in three separate legs.

The PCB reached consensus with the BCB on the upcoming series, which will be part of the Future Tours Programme. The process was facilitated by the International Cricket Council (ICC) Chairman Shashank Manohar in Dubai on Tuesday afternoon.

According to the revised arrangement, Bangladesh will play three Twenty20 International's (T20I's) in Lahore from January 24 to 27.

They will return to Pakistan for the first ICC World Test Championship fixture, to be held from February 7 to 11 in Rawalpindi.

After the Habib Bank Limited (HBL) Pakistan Super League (PSL) 2020, which concludes in Lahore on 22 March, Bangladesh will visit Pakistan again and will play a One-Day International (ODI) in Karachi on April 3 and second ICC World Test Championship fixture from April 5 to 9.

While speaking to the reporters at the airport after arriving from Dubai on Wedenesday, Nazmul explained the reason behind adding a one-off ODI before the second Test in Karachi.

“Pakistan is facing a huge financial loss [for hosting us on three occasions] and they offered us to play one T20 [ahead of the Tests] as that will give them some revenue. Their cost has increased a lot as we are going three times and in this little time they cannot do marketing,” said Nazmul. “We needed a practice match and we felt that if we played an ODI then we can practice more [and they can generate some revenue].”

Despite the schedule being announced by the PCB, the BCB president maintained that they will assess the security situation ahead of returning for first Test in Rawalpindi.

“I was supposed to go and meet ICC chairman Shashank Manohar as I had given him word and was supposed to meet him. PCB officials were already there when I arrived and they [PCB officials] told us that they want to sit with us 2.30 pm,” he said. “Firstly PCB told us that to play three T20s and one Test but I said no and said that we will play only three T20s and we will go later.”

“The government told us to ensure a short stay and what we were saying is exactly written there in the MOU. We will play the Test matches after considering the situation and we are still maintaining it as far as the tour is concerned,” he added.