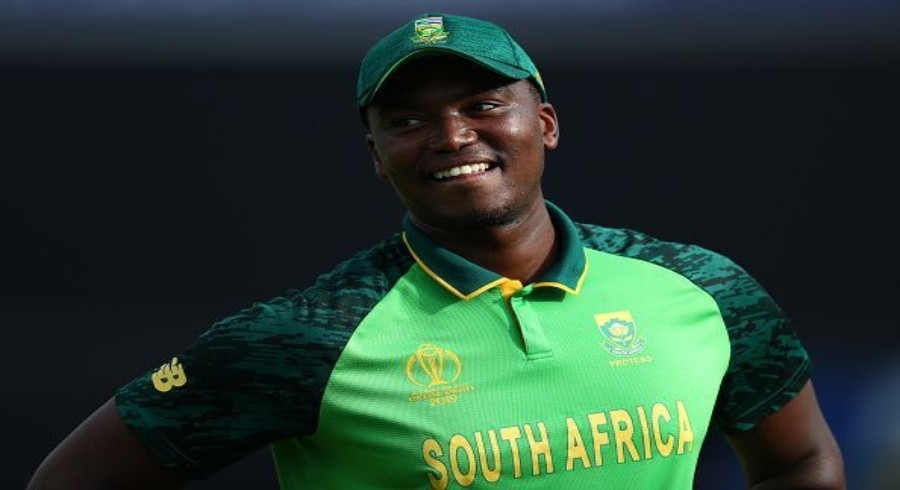 A remark about Black Lives Matter in a Zoom press conference has made South Africa's one-day and Twenty20 international cricketer of the year Lungi Ngidi the centre of controversy echoing the country's uncomfortable recent past.

Bowler Ngidi, 24, said he believed his team-mates should make a stand ahead of the next time the squad meets.

"It's definitely something that we will discuss once we are together in person," said Ngidi over the weekend.

"We have spoken about it and everyone is well aware of what's going on. It's a difficult one because we are not together, so it's hard to discuss. But once we get back to playing that is definitely something we have to address as a team."

Ngidi pointed to South Africa's history of racial discrimination which included decades of segregation across all levels of society.

"It's something that we need to take very seriously and, like the rest of the world is doing, make a stand."

Ngidi followed up his remarks by retweeting an extract of former West Indian fast bowler Michael Holding's impassioned comments about racism in Sky television's build-up to the first Test between England and the West Indies on Wednesday.

Both Symcox and Dippenaar raised the emotive issue of a recent spate of murders in which several farmers, mainly white, have been killed, sometimes in brutal circumstances.

"When Ngidi has his next meal perhaps he would rather consider supporting the farmers of South Africa who are under pressure right now. A cause worth supporting," tweeted Symcox.

But Symcox praised Holding for his forthright comments on racism.

"I so like the fact that Michael Holding is prepared to and more importantly allowed to speak (about) what he believes in and what his opinion is."

Both Symcox and Dippenaar were castigated on social media, mainly by black South Africans.

"I stand alongside Lungi Ngidi in BLM," he wrote on Facebook.

"I really believe we as cricketers have it in us to help heal these great divides in privilege, race, religion and attitudes."

Cricket South Africa director of cricket Graeme Smith said the organisation was discussing "various ways of handling" the race issue but said no Black Lives Matter logo would be on the shirts for a lockdown-ending three-team match on July 18 because the kits had already been printed.