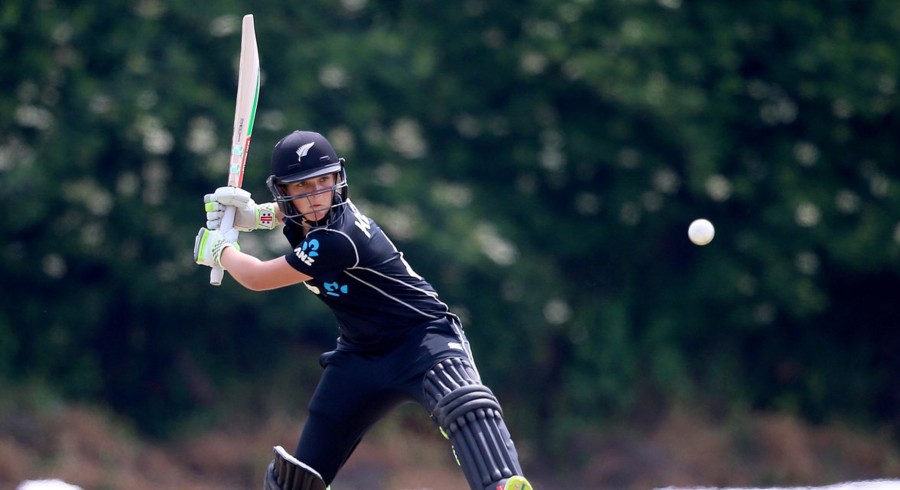 New Zealand teenager Amelia Kerr shattered a world batting record in women's one-day international cricket with a blistering 232 not out against Ireland on Wednesday.

Kerr amassed the record total just days after her team's 490 for four against Ireland set a record for cricket's highest-ever one-day international total.

The 17-year-old, whose average was 29 going into the match, blasted 31 fours and two sixes to surpass the 229 scored by Australia's Belinda Clark against Denmark in 1997 — three years before Kerr was born.

Kerr's 232 is the third-highest individual score by a man or woman in one-day international cricket history.

India men's player Rohit Sharma is at the top of the pile with his 264 scored against Sri Lanka in 2014.

New Zealand's Martin Guptill made 237 against West Indies in 2015.

At 17 years and 243 days, Kerr is the youngest double-centurion in international men's or women's cricket.

Kerr then starred with the ball, the leg-spinner taking five for 17 in seven overs as New Zealand's women went on to beat Ireland by 305 runs after dismissing the hosts for 135 in Dublin.

Victory saw the White Ferns complete a 3-0 series sweep over Ireland, with every one of those wins by colossal margins of over 300 runs.