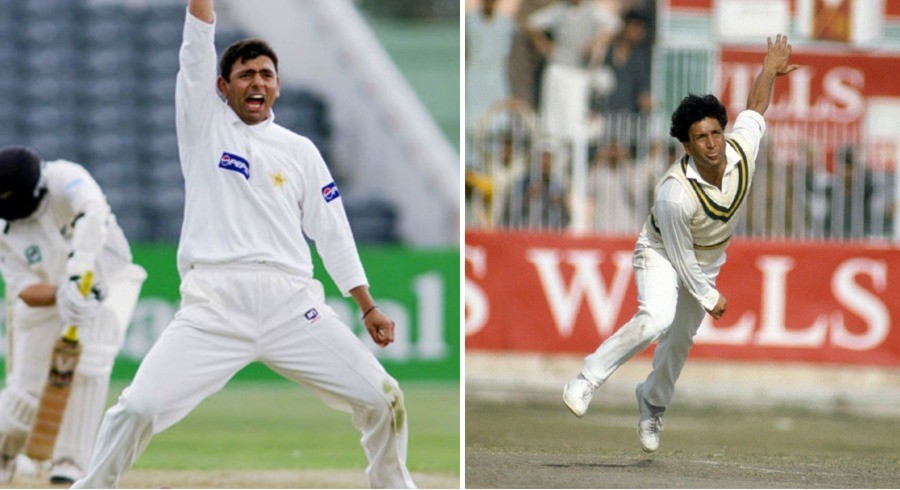 Former Pakistan cricketer Saqlain Mushtaq shared the advise he received from the spin legend, the late Abdul Qadir, which helped him improve the effectiveness of his doosra delivery.

While speaking in a YouTube video on his channel, the 43-year-old recalled how Qadir came to visit him at Gaddafi Stadium, Lahore to impart his bowling wisdom before the famous Test series against arch-rivals India in 1999.

"I was practicing in Gaddafi Stadium and Qadir sir came just to visit me and gave me a tight hug. He really enjoyed seeing me bowl," said Saqlain.

According to Saqlain, Qadir noticed a slight difference in the trajectory of his off-spin delivery and doosra, and advised him to bowl the two deliveries at the same trajectory.

"'Although no one is able to read your doosra right now out of your hand but the trajectory of your off-spin and doosra are slightly different, which would help batsmen differentiate between the two in the long run. ," Saqlain quoted Qadir as saying. "Either make your off-spin more loopy or lower your doosra's trajectory so they both pitch in the same area."

Saqlain was the pioneer of the doosra, which was later endorsed by Sri Lankan spin great Muttiah Muralitharan and Indian off-spinner Harbhajan Singh.

The Lahore-born spinner, who represented Pakistan in 49 Tests and 169 One-day Internationals (ODIs), finished with 496 international scalps.