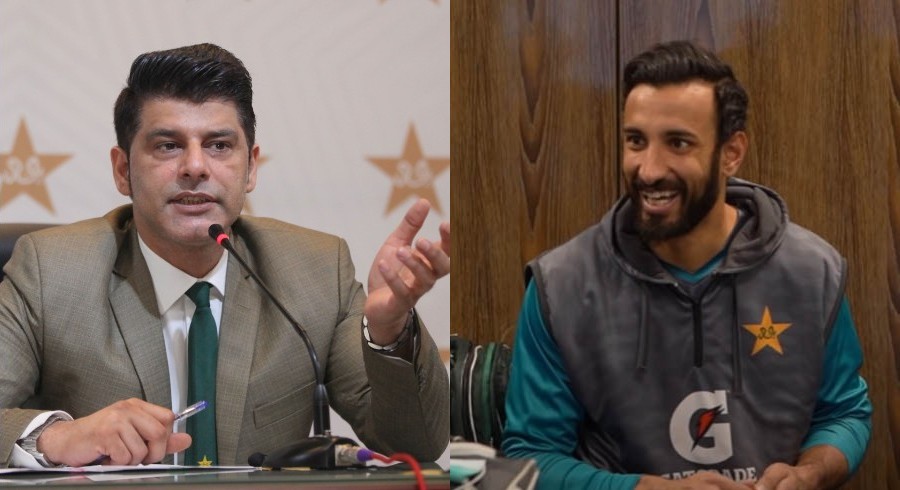 Chief selector Mohammad Wasim has revealed that opening batter Shan Masood is close to getting selected for the white-ball squads in the future.

The 32-year-old is part of the Test squad as the third opener but his form across formats has stirred a debate to include him in all three formats.

Masood is currently leading Derbyshire Falcons in T20 Blast while he was the top scorer for them in the County Championship with 844 runs before the T20 competition started.

"Shan Masood isn't far away from the Pakistan team. He is a part of the red-ball squad as third opener, and he's close to the white-ball squads," said Wasim [via Cricket Baaz with Waheed Khan].

"Our problem is that we have a top-heavy lineup in white-ball cricket. Our next consideration is perhaps giving him a chance at another position [white ball] and I've been in touch with Shan about that.

Wasim opined Masood could be tried in the middle order slot but there was a lack of evidence behind this idea. "You want a player to play at his usual number in an ideal situation. However, because of how Shan is performing and how we're struggling in the middle order, there is a chance that he could fit there in the future. But we lack evidence to support this idea.

"We haven't seen Shan play that role previously, so can we try this experiment at the international level? Ideally, we wait for him to perform in some domestic tournament or league in the middle order to have some evidence for it.

"I have been in touch with him about this, and he's on board with the idea. It's something under consideration," he concluded.

Remember, Masood is not part of the ODI squad scheduled to play against the West Indies next month.