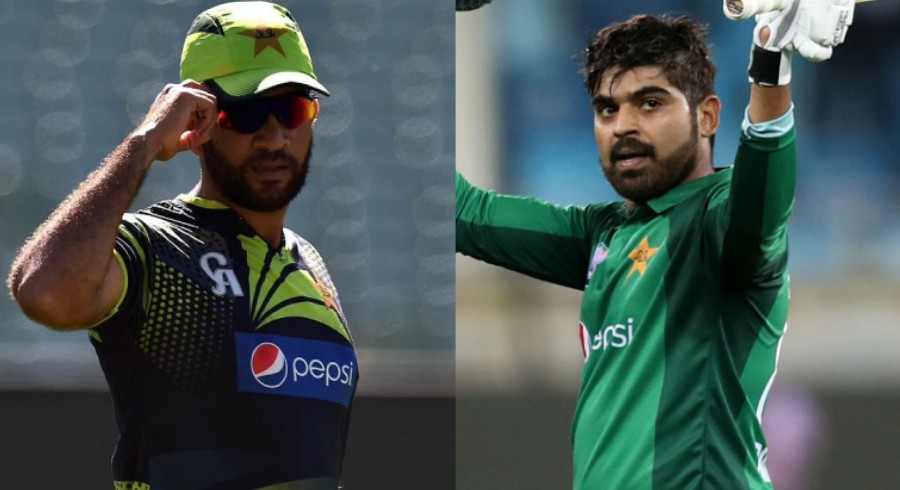 The Pakistan Cricket Board (PCB) recently announced its squad for the upcoming 2021 ICC T20 World Cup which raised a lot of eyebrows. Following the criticism, reports confirmed that PCB has been instructed by the Patron-in-chief Imran Khan himself to make a few changes.

Following this recent development, players participating in the ongoing National T20 Cup have all geared up to deliver solid performances in hopes for a call-up for the national squad.

A recent incident which occured during yesterday's National T20 Cup match between Southern Punjab and Balochistan has started making rounds on social media. The incident involved Sohaib Maqsood and Haris Sohail who were caught having a discussion which was picked up by the stump mic.

During the 16th over of the second innings, Sohaib Maqsood made his way past Haris Sohail who was getting ready to face the next ball. Both players convened and openly complained about the condition of the National T20 Cup pitches. They both criticised the kind of practice players are getting ahead of the mega event.

Sohaib, who was named in the initial squad for the T20 World Cup, showed clear signs of distress over potentially losing his place for the event taking place in the UAE.

"They are preparing us for Dubai but they will ultimately end up changing the teams," he added.

The fans are eagerly waiting for the updated squads to be announced as they have remained vocal against some of the players which have been included in the squad, including Sohaib Maqsood.