T20I series: Pakistan to hunt for victory in favoured territory

Stand-in captain Malik will lead side in T20Is, where Men in Green boast top spot 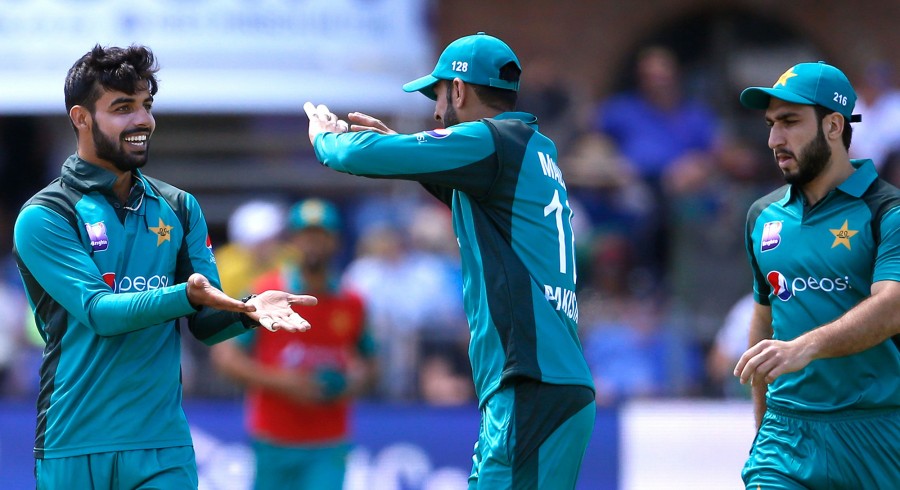 First-ranked Pakistan will be licking their lips when they take on fifth-placed South Africa in the first of the three-match T20I series, starting Friday at Cape Town.

Men in Green will be without their regular captain Sarfraz Ahmed, who is serving a four-match ban for his racist remarks during the second ODI of the recently concluded five-match series, which South Africa won 3-2 on late Wednesday.

However, they will have an apt leader guiding them in the form of Shoaib Malik, who saw the team past the finish line in the fourth ODI, but failed to do so in the series decider where the visitors succumbed to a seven-wicket defeat.

Malik, who has formerly captained the Pakistan side on multiple occasions, has been in form since his return to the national fray; however, he will not be alone when both teams kick off proceedings at Newlands.

When it comes to the shortest format, Pakistan have two batsmen in the top 10 of the ICC rankings for best batsmen in T20Is.

Meanwhile, Babar has left-handed opener Fakhar Zaman sitting on the fifth spot with him in the top 10.

On the other hand, South Africa’s best position in the batting rankings is 20th, where opener Hashim Amla is put firm. He is immediately followed by Proteas skipper Faf du Plessis on the 21st spot.

If batting lets Pakistan down, which it does more often than not, then the Men in Green are equipped with a lethal bowling attack.

In T20Is, three of the top 10 spots are bagged by Pakistani bowlers including leggie Shadab Khan on second, medium pacer Faheem Ashraf on eighth and left-arm spinner Imad Wasim on the ninth spot.

For South Africa, Imran Tahir is the most successful bowler in T20I bowlers’ rankings, who is on the 10th spot.

However, Pakistan haven’t been able to fathom the bounce on South African pitches even after spending more than a month there, which makes their batting vulnerable (as always).

Fakhar showed a glimpse of what he can do, when on song, during the last ODI of the series where he scored 70 runs before top-edging one to deep square leg.

With 277 runs at a strike rate of 144.27 in the last eight matches, Fakhar can be Pakistan’s knockout blow to South Africa in he starts connecting the ball with the sweet part of the bat.

In bowling, Imad will be Pakistan’s secret weapon with his ability to open the bowling and take quick wickets to dent the opposition’s chances of recovering, be it setting or chasing a target.

For South Africa, David Miller can be the man of the match with his hitting abilities.

Nine matches, 247 runs at a strike rate of 152.46 says a lot about the left-handers willow-wielding abilities in T20Is.

With the ball, CJ Dala has been the best find for South Africa in the recent past. He has bagged 11 wickets in his five matches for the Proteas and will surely be making it into the squad, and even if he fails to deliver, South Africa always have the charismatic Tahir to lift them to victory.