All-rounder Faheem Ashraf’s magical spell of fast bowling helped Pakistan clinch the five-match ODI series against Zimbabwe with a thumping nine-wicket win in the third game in Bulawayo on Wednesday.

After opting to bat first, Zimbabwe was dismissed for just 67 in 25.1 overs, courtesy Ashraf’s career-best figures of five 22.

He was well-supported by pacer Junaid Khan, who claimed two wickets and just gave away seven runs in his five overs.

In reply, Sarfraz Ahmed-led unit cruised to the target in just 9.5 overs at the expense of one wicket. Opener Fakhar Zaman finished with unbeaten 43 off 24 balls, whereas Babar Azam remained not out on 19.

Fourth ODI of the series will be played on Friday at the same venue. 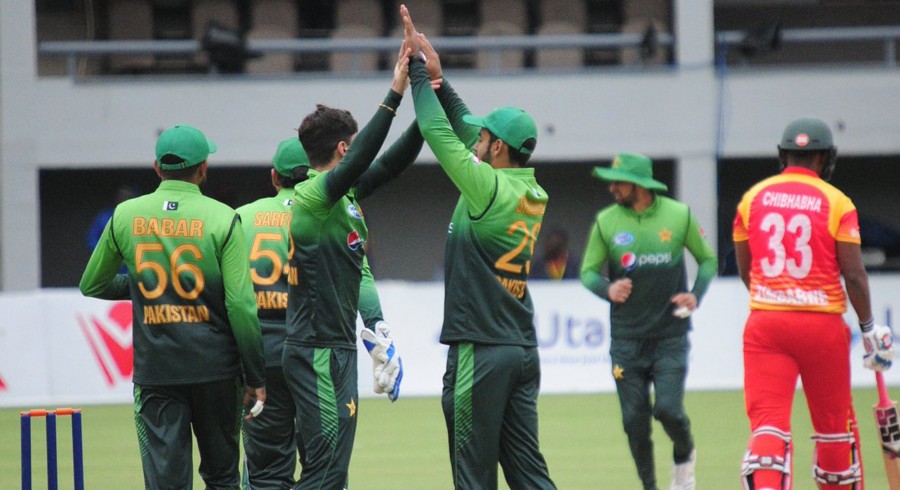