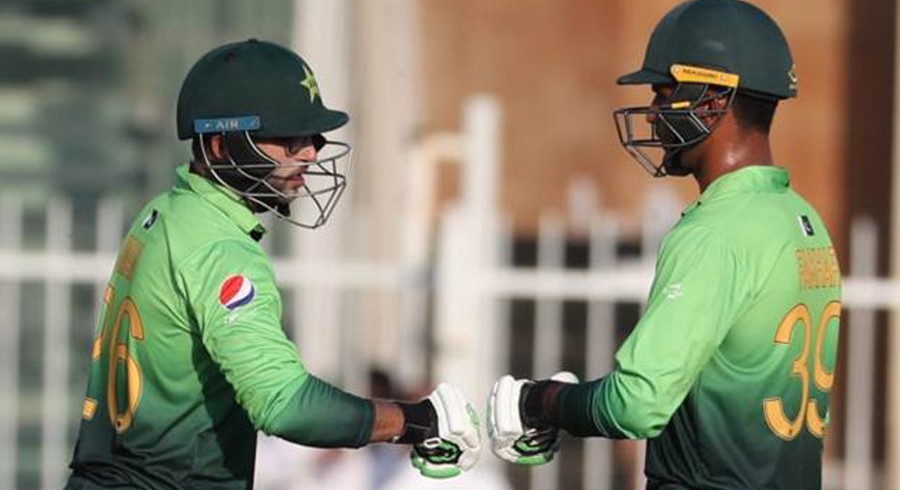 Fakhar Zaman and Imamul Haq have improved their ODI batting rankings, after the latest update from the International Cricket Council.

Zaman has continued his good run of form in the ongoing ODI series against Zimbabwe which has helped him move up by 14 places and he now sits on number 24 in the rankings for ODI batsmen.

Zaman’s opening partner Imam has also seen a significant improvement in his rankings as the left-handed batsman has jumped 70 places to reach 94th position on the table.

Meanwhile middle-order batsman Babar Azam has been leapfrogged by Joe Root into second place, after the English batsman scored back-to-back centuries against India.

Root had scores of three, 113 not out and 100 not out, which have earned him 34 points and have now put him 93 points behind India captain Virat Kohli.

Kohli has also strengthened his position at the top of the tree following scores of 75, 45 and 71. Although he has earned just two points, these are enough to lift him to a career-high 911 points, which are sixth best in the list of all-time points and the highest since Australia’s Dean Jones tally of 918 points in March 1991.

In the bowlers’ list, the biggest news is the movement of India’s Kuldeep Yadav. The left-arm wrist-spinner took nine wickets in the series, including six for 25 at Trent Bridge, which have been rewarded with a rise of eight places to a career-high sixth position.