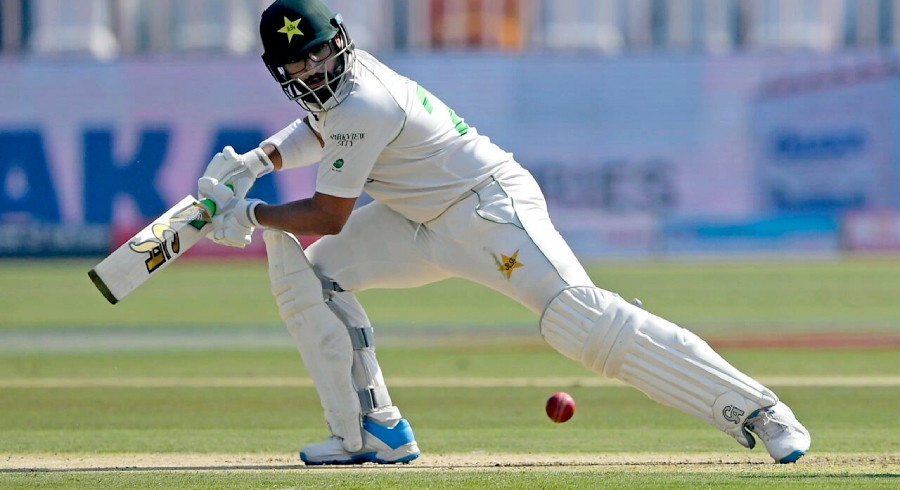 Imam-ul-Haq crafted his maiden test hundred and forged two century-plus partnerships to propel Pakistan to 245 for one on day one of the opening test against Australia in Rawalpindi on Friday.

The bespectacled 26-year-old, who was not out on 132 at the close, added 105 runs with fellow opener Abdullah Shafique to give Pakistan a strong start after captain Babar Azam's decision to bat.

His 140-run stand for the unbroken second wicket with Azhar Ali, who was 64 not out, further consolidated Pakistan's position on a flat pitch where Australia rued not playing a second spinner.

"I cannot express in words my feelings," Imam told reporters.

"I kept trust in my process and coming back to the test side, I wanted to make the opportunity count."

Australia are in Pakistan for the first time in 24 years for a full tour, which could potentially lead to regular visits by top teams who have largely stayed away since a 2009 attack on the Sri Lanka team bus in Lahore.

However, at least 30 people were killed on Friday in a suicide bombing at a Shi'ite mosque in Peshawar, some 140 kilometres (87 miles) away from Islamabad where the Australian team are staying.

Earlier, Josh Hazlewood returned from a side injury to replace Scott Boland in Australia's three-pronged pace attack but an early breakthrough eluded the tourists.

Australia captain Pat Cummins used up a review trying to get Imam lbw by Mitchell Starc, then introduced spin in the eighth over.

Abdullah stepped out to hit Lyon over the long-on rope for a six and Imam would later give Australia's frontline spinner the same treatment.

Lyon finally broke the stand when Abdullah stepped out only to sky the ball high in the air, allowing Cummins to run from mid-off to take a tumbling catch.

All-rounder Cameron Green, who was not even born when Australia last toured Pakistan in 1998, was pressed into attack after lunch but Imam and Azhar ended up batting through the last two sessions to frustrate Australia.

Imam threaded a Starc delivery through the off-side for a four to bring up his hundred after tea.

Cummins used eight bowlers, including part-time spinners Travis Head, Marnus Labuschagne and Steve Smith, but it was a day of toil with little success for the tourists.

Australia coach Andrew McDonald was happy that his bowlers were at least economical.

"That was one thing that we had to do so the game didn't run away from us on day one," he said, insisting it was too early to regret not picking a second spinner.

"I'd like to think that we can judge over five days and not in isolation on one day.

"It clearly was a tough day for everyone, for all the bowlers."