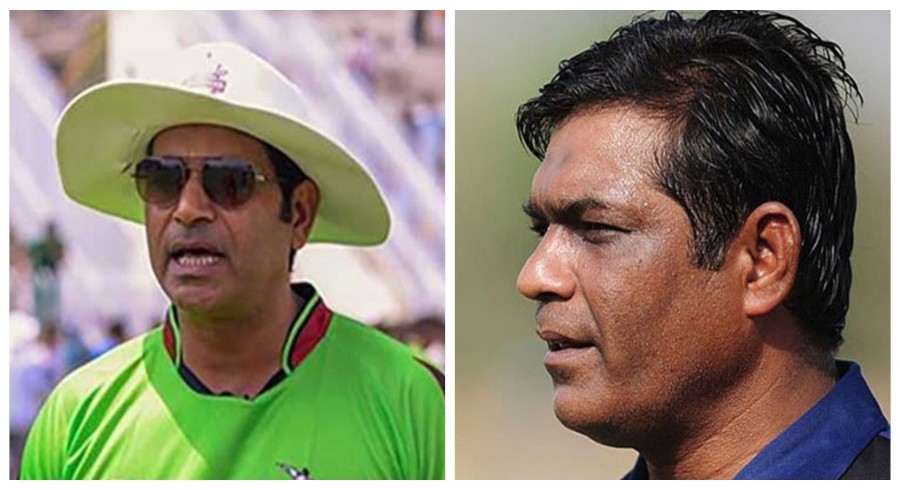 Pakistan’s former cricketers Rashid Latif and Aqib Javed were left disappointed after news broke out that the Pakistan Super League (PSL) franchises were taking the Pakistan Cricket Board (PCB) to court after the latter failed to address reservations posed by the owners of the teams at many forums in the past.

Javed claimed that the PSL franchises had invested in the league when no one was certain about its future.

“Franchises invested in the PSL when nobody was sure about its future. Initially, the model drafted for the event showcased a tournament similar to the IPL which would have both home and away matches. The host team would have received a bigger chunk of cash but most matches have taken place in the UAE. That is why this plan could not come to fruition. However, the franchises did not leave the PCB in these testing times. Even during the time of former PCB chairman Najam Sethi, the franchises had been expressing reservations about the financial model of the league. The PCB kept ignoring their reservations,” Javed said.

“Bank guarantees were constantly sought with the promise that the reservations would be addressed soon afterward. It was also claimed that a separate company would be established to handle the affairs of the PSL which shall have franchise members who would take part in the entire decision-making process. However, this was never seriously attempted,” he added.

The 48-year-old stated that it would be wrong to treat PSL franchises similar to the way the PCB handled the associations.

“The PSL currently has vast expenditures. Look at the opening ceremony of this year’s PSL. If Quetta Gladiators, the team with the least investment in the league, could not make a profit then what chance do the others have? The franchises have lost billions of rupees so far. The profit-making PCB should not treat them like associations. Franchises give money whereas associations take them. The PSL is one of the first pure Pakistan brands and it needs to be protected,” he said.

“Franchises are partners and their reservations should be addressed not ignored. If the issues are resolved before going to court, then that would be beneficial for all parties involved. PCB would have to answer many questions about their finances in court. The matters could also go to NAB and the FIA. No system can survive where only one stakeholder has clear security regarding profits. It is not good if the PCB is profiting and the franchises are continually losing money,” he added.

Rashid Latif also praised the efforts made by the PSL franchises for Pakistan cricket while claiming that the PCB should do everything within its power to boost their confidence and morale.

“Franchises have given their utmost support to cricket in Pakistan. The PCB should also boost their confidence and morale in return. The financial model is not feasible in the landscape of Pakistan. The owners were told that profits would start pouring in after three years. The franchises have now been waiting for five years without any monetary gain. The PCB should at least address their reservations. They are told to run their franchises or leave them. A system cannot work with an attitude such as this. Professional people do not care about such pressures. I still feel that these parties should address their problems outside the court or else Pakistan cricket will suffer tremendously. If the remaining PSL matches do not happen, that itself would be a huge shock and blow for everyone,” Latif said.