Left-arm pacer has taken 18 wickets in the ongoing season 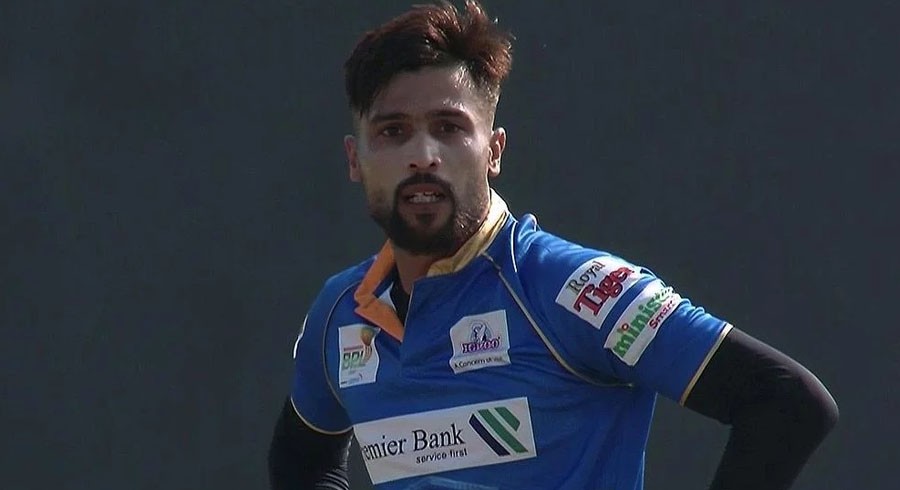 Pakistan left-arm pacer Mohammad Amir wreaked havoc with a six-fer on Monday, to help Khulna Tigers qualify for the final by registering a 27-run victory over Rajshahi Royals in the ongoing season of Bangladesh Premier League (BPL).

While defending a target of 159, Amir struck in the first over of Royals inning as he clean bowled wicketkeeper-batsman Liton Das for 2 runs. Left-arm pacer then returned in his second over to also remove the other opener Atif Hossain and middle-order batsman Alok Kapali.

However, one of the most important wicket for the 27-year-old came in the shape of Andre Russell, as the all-rounder was caught for a duck by Rilee Rossouw in Amir’s third over, to leave the Royals inning reeling at 23 for 5.

Amir, however, returned in his final over to break Malik’s 64-run partnership with Taijul Islam as he removed the lower-order batsman to claim his fifth wicket.

The left-arm pacer wasn’t done yet as he also picked the big wicket of Malik.

Amir finished with 6 wickets while conceding 17 runs in his four-over spell, which are his best bowling figures in T20 cricket. Amir also became the first bowler in BPL history to take a six-wicket haul.

What a brilliant spell of bowling by @iamamirofficial 👏👏. He took 6 for only 17 runs. #BPLT20pic.twitter.com/TvrwyoJkPJ

Earlier, Royals restricted Tigers to 158 for 6 on the back of an economical spell from left-arm pacer Mohammad Irfan, who took two wickets while conceding only 13 runs in his four-over spell.

Amir has taken 18 wickets so far in the ongoing season of BPL.