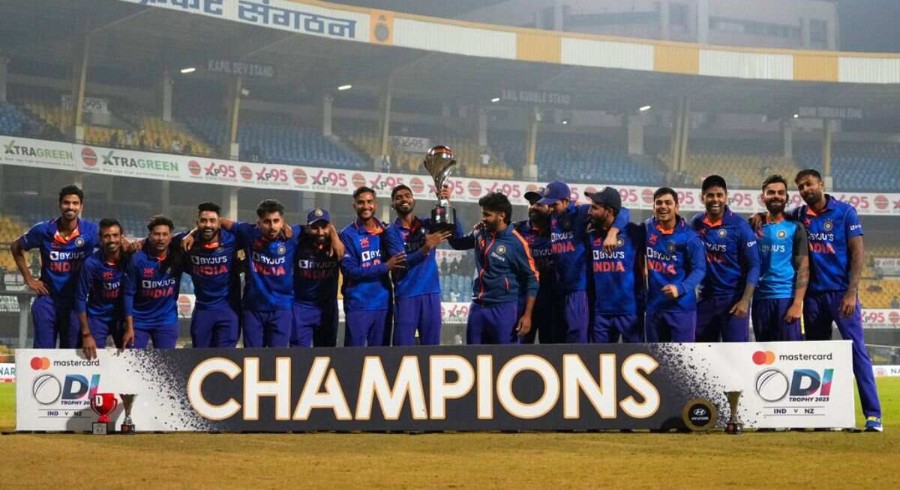 Blazing centuries from skipper Rohit Sharma and Shubman Gill powered India to a 3-0 series sweep of New Zealand  and go top of the one-day international rankings on Tuesday.

In reply, Devon Conway's 138 was in vain as India bowled out New Zealand for 295 in 41.2 overs for their second successive whitewash.

The victory takes India to the top of the ODI rankings ahead of World Cup holders England and New Zealand who slip from second to fourth behind Australia.

Qualification for the World Cup in India later in the year is unaffected, however, as the Kiwis have already qualified.

But Rohit, who recorded his first ODI century since January 2020, and Gill stood out in the highest opening partnership by any team against the Kiwis in the 50-over format, surpassing the 201-run stand of Virender Sehwag and Gautam Gambhir in 2009.

"In the last six games we've done most things right in ODIs," said Rohit, whose side whitewashed Sri Lanka in three matches before this. "We're consistent in our approach with the bat and ball."

Fast bowler Shardul Thakur was named man of the match for his three wickets and crucial 25 runs batting down the order. "Shardul has been doing it for a while," said Rohit. People call him magician in the squad and he came and delivered."

New Zealand's bowlers hit back after the pair's departure as India slipped to 293-5 before Hardik Pandya took charge, boosting the total with a 38-ball 54.

It all started with Gill smashing Lockie Ferguson for four fours and a six in a 22-run eighth over and Rohit joined the party with a few big hits over the fence. Gill recorded his third 100-plus score in his last four ODI innings, taking off his helmet and basking in applause from the stands when he reached the milestone.

Michael Bracewell bowled Rohit and Blair Tickner sent back Gill in the next over and India soon lost regular wickets, despite a brisk 36 from Virat Kohli. The left-handed Ishan Kishan was run out after a mix-up with Kohli, who soon fell to Jacob Duffy. Pandya put on 54 for the seventh wicket with Thakur. 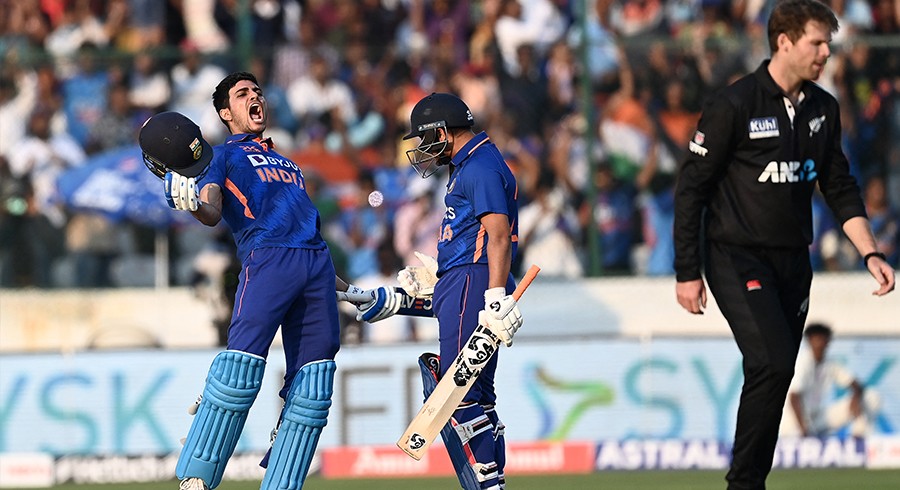