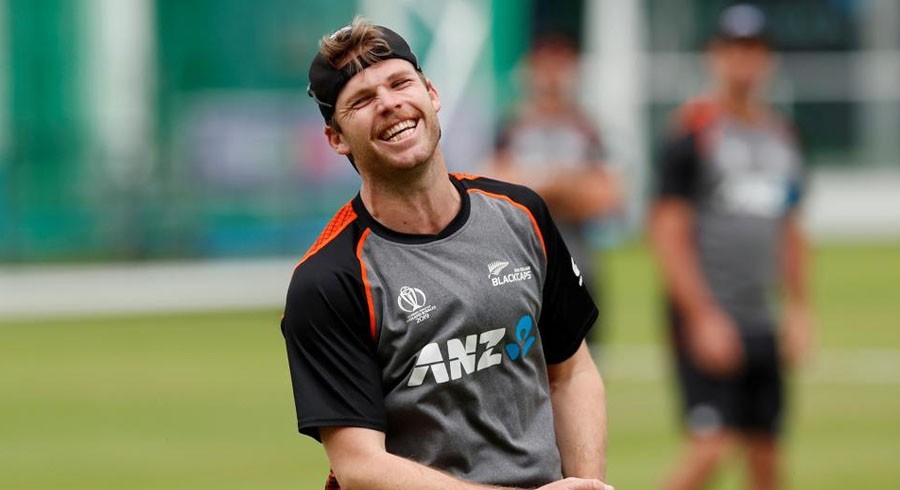 Fast-bowler Lockie Ferguson is not expecting to be picked in New Zealand's Test squad on Monday for the series against India as he recovers from a calf injury that ruined his debut against Australia late last year.

Ferguson broke down after bowling just 11 overs in the first Test in Perth and has been working his way back to fitness for Auckland in domestic cricket. He expects to play New Zealand's domestic one-day final on Sunday and indicated the limited overs series against Australia in March was a more realistic target for his international return.

"Of course the goal is for me to get back as soon as possible, but there is so much cricket coming up this year," he told Stuff Media in Auckland on Friday. "We've got a lot of white-ball stuff and I head away to the IPL as well, so it's important with a calf injury, where there's a high percentage chance of re-injury, that we be conservative. Sunday's my focus and then I'll be looking to play some first-class cricket."

Despite making his Test debut last December, Ferguson is realistically fifth in the pecking order behind the established trio of Trent Boult, Tim Southee and Neil Wagner and then Matt Henry. Boult broke his hand in Australia but trained with the national side earlier this week in Mt. Maunganui before they wrapped up a 3-0 sweep in the one-day series over India and should play the first Test that starts on February 21 in Wellington.

"It's not an easy side to make, the New Zealand test side," Ferguson added. "Not that it's easy to make any of the sides, but they've been exceptional for so long, and especially the fast-bowling attack, that's been very settled for a long time."

He also acknowledged that despite being considered as more of a limited overs bowler at the international level, he was still motivated to play the longest form of the game.

"Since I started playing professional cricket, it has been my goal to play test cricket, because personally I feel that's the biggest challenge," he said. "I am obviously super stoked to be playing one-dayers and T20s for New Zealand, I love every moment of it, but playing red-ball has been a big goal of mine. On the day it wasn't to be (in Perth), I only got through 11 overs, and it was really frustrating. But it's one of those things. When you bowl quick, injuries can sometimes happen."

LIVE: England fighting to post competitive total with Windies ahead