On which basis I am dropped? Imad Wasim looking for proper justification 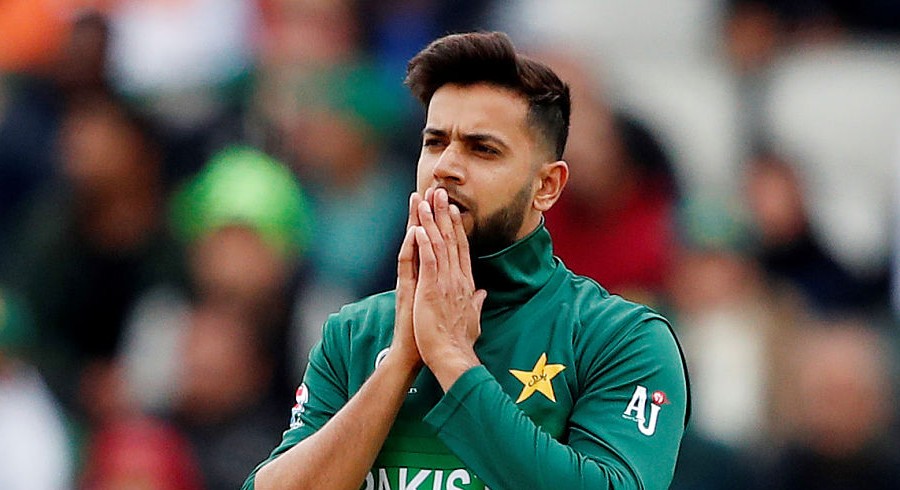 Pakistan all-rounder Imad Wasim, who is out of the side and recently announced centrally contracted players, is currently undergoing a rough phase.

The 33-year-old has not featured for Pakistan ever since the 2021 T20 World Cup.

In an exclusive Eid special interview with Cricket Pakistan, the all-rounder opened up about his current situation, fitness, relationship with Babar Azam, and more.

"I have not played a single match since the World Cup. I don't know the reason behind this, to be honest. No justification has been provided to me and reasons given to me, I am unsatisfied with them. But whatever happens, happens because it is Almighty's will."

Imad Wasim revealed that he is not being given the respect of being explained why he has been left out of the squad.

"After the contracts and the teams are announced, I have to contact on my own to find out the reasons. Sometimes they respond, sometimes they don't."

While explaining the few explanations he has received, Imad said that he remains unsatisfied with them.

The 33-year-old has faced a number of fitness issues and says that till this day, the management still uses it as an excuse to keep him out of the team.

"The fitness issues were also brought up. But truth to be told, I have a lot of dignity and pride since that is how I have always represented Pakistan. I used to get frustrated a lot by the reasons for non-selection but now I feel extremely weird because their responses are the same," he said.

"I am sure Ramiz bhai knows about things since he himself has played cricket and has spent a lot of time in the commentary. I cannot say anything anymore," Imad added.

When asked about the future, Imad said that he still has at least four to five years left within him and he remains hopeful to represent Pakistan once again.

"Disappointment is something that is faced by everyone. Many people give out interviews and they end up quitting. But I am not someone who quits and I have been fighting for my place and proving people wrong since the U-19 days. I am sure I'll make a comeback since I'm not old. I have 4-5 more years in me," Imad said.

"Liking and disliking exists everywhere and that is natural. But, it is my request, that while making the selection, please focus on capabilities. If they don't that, it is a not only a loss on the player's part but it is also a loss for Pakistan cricket," he further added.

Imad claimed that reasons will always be there whether it is regarding their selection or rejection. However, Imad wants the PCB to be clear on its demands and have them communicated to the players properly.

"I can give 100 reasons to justify why a player should be dropped or why he should be selected. I just want the Pakistan cricket team selection to be based entirely on capabilities and how the players have treated Pakistan cricket, whether they have given their all or not."