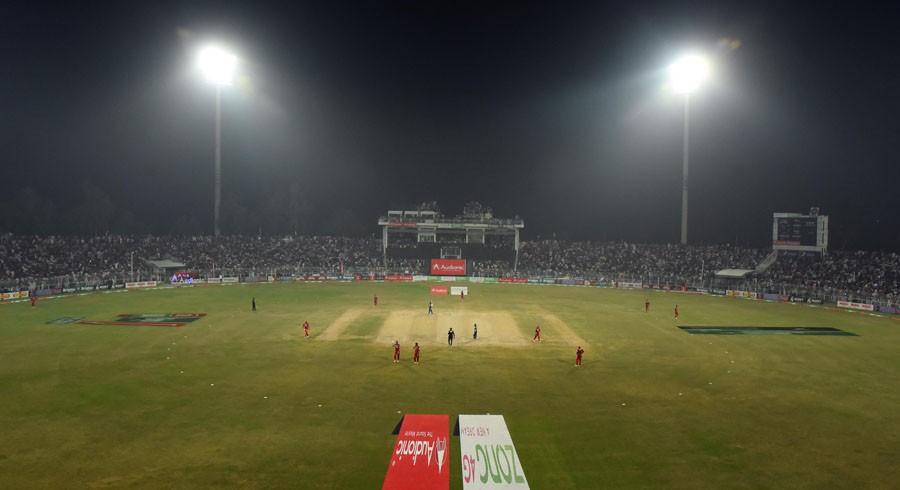 With the fifth edition of Habib Bank Limited (HBL) Pakistan Super League (PSL) 2020 just around the corner, the level of excitement in this cricket-mad nation continues to surge every day. As many as 34 matches will be played over 32 days, but the fact that these contests will be held in four cities – Karachi, Lahore, Multan and Rawalpindi – adds to the fervour.

Wasim Khan, the Chief Executive of the Pakistan Cricket Board, believes the upcoming edition will take the game to more and more audiences in the country, which, in turn, will help in normalising the staging of top-flight cricket in the country.

“The easy thing for us could have been to host HBL PSL 2020 matches in just Lahore and Karachi, but we wanted to take this league wider as we were bringing it to Pakistan for the first time,” Wasim told PCB Digital. “We want to make the game accessible to fans all over the country so they can watch their heroes in action and this edition is going to be a catalyst for it. By next year, we want to be in a position to add a couple of more venues. We are looking to develop more and more venues which provides us an opportunity to take the game around the country.”

“We are looking at Peshawar, Multan, Faisalabad, which hosted the National T20 Cup and needs a little upgradation after which it can be an international venue, and Hyderabad, for which we are working with Sindh government for it upgradation,” he added.

The HBL PSL has played a vital role in the complete resumption of international cricket in the country. After eight HBL PSL matches in Karachi last year, Sri Lanka toured Karachi for a three-match ODI series in September and returned for the second of the two-match Test series in the metropolitan city in December.

Over the past few months, Rawalpindi’s Pindi Cricket Stadium has also been included in the roaster of venues which have hosted international cricket in the recent years and it will host eight matches.

With South Africa expected to tour Pakistan in late March for a three-match T20I series, the PCB Chief Executive revealed that he had pitched Rawalpindi as a venue for the matches to Cricket South Africa.

“The tour of South Africa is very much a waiting game now and by the end of the month we should have a clear position. Their head of security is expected in Pakistan during the initial games of the HBL Pakistan Super League. He has all the security plans for each of the different venues. He and the board of South Africa are very comfortable with touring. We have to make it work logistically as South Africa finish the tour of India on 18 March and we don’t finish the HBL PSL till 22 March,” he said. “For them to go back and come again won’t be possible so we will have to see whether we can have them sit in the UAE for six or eight and provide them the support and practice facilities or we fly them straight in here and provide all that here.”

“Lahore and Karachi venues have been diluted because we have been playing our entire cricket here and because of that the wickets here are also suffering. We now have Rawalpindi as a venue available. For me, it makes sense to go there and play the three matches. I have suggested Rawalpindi as a venue to South Africa and they are comfortable with the suggestion,” he added.

The PCB announced a new Cricket Committee last month which will now be headed by former Test spinner Iqbal Qasim. The revamped Cricket Committee will now have representatives of current domestic cricketers, match officials and women’s cricket and it will hold its first session on 19 February in Karachi.

The committee has invited Misbahul Haq, chief selector and head coach, and Haroon Rasheed, PCB Director – Domestic Cricket Operations, for updates and briefings on the Pakistan national men’s team’s run and the learnings from the implementation of the new domestic structure.

Speaking on the PCB Cricket Committee, Wasim said: “It is a new-look, a new-feel cricket committee. We are meeting on 19 February a day before the PSL in Karachi and we will put down three more meetings in the diary so we are very clear on the direction we are taking.

“We have revamped the Cricket Committee after Misbah left that group. It was very important for us to streamline it. I was filling in the role of the chairman of the committee after Mohsin Khan decided to stand down. It is never good governance for any organistaion when CEO is also a chair of such a committee.

“If there are four or five PCB staffers sitting on the committee the recommendations it makes wouldn’t be independent. So, I was very clear in my mind that I will not continue in that role. Now there will be Zakir Khan, PCB Director – International Cricket Operations, to help set up meetings and I will be sitting there as co-opt member.

“We will have Misbah for the first meeting to update on the selection matters and talk us about the performances in Australia. We will be having Haroon Rashid to have a thorough look at the domestic season and he will be updating us on the learnings from this season and how are we implementing them moving forward.

“We will also be discussion how we will implement a thorough report on the status of pitches in Pakistan which was submitted to us by Andy Atkinson when he was here in January. There are a lot of things that we are going to touch upon but I want us to be focus in those meetings.

“The cricket committee was always set up as an advisory committee. It always had a strong sway and strong rationale for why it was set up. It will provide wide-ranging and firm recommendations to the chairman, which he will take very seriously as it is the group which has the expertise.

“The issues which are being discussed in this committee are very much relevant to the people of Pakistan and to Pakistan cricket.”