Wanted to hurt them: Akhtar thanks Flintoff for reviving career 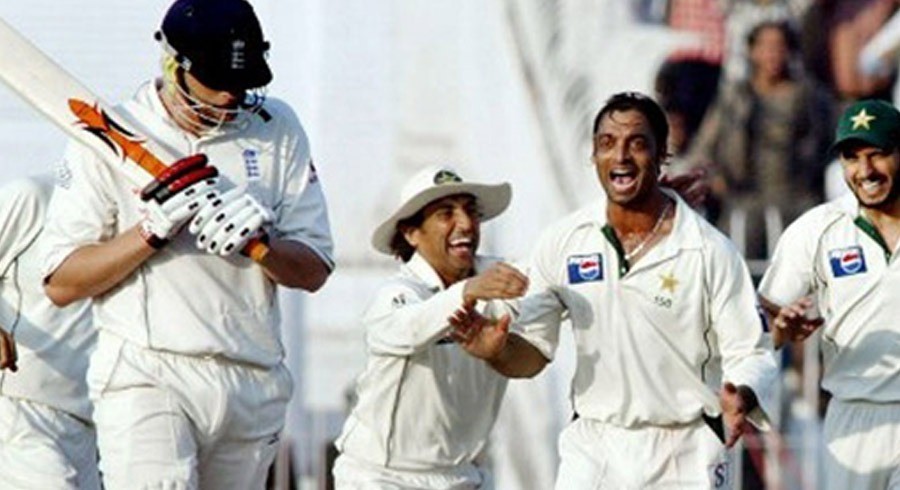 The 44-year-old claimed that he faced continuous problems with management, throughout his career, while revealing that his encounter with Flintoff motivated him to get back into the side.

“People used to get under my skin badly at times. I have faced many problems with the management, with the batsmen. Having said all of that Freddie, I’ve got to be thankful to you. Had it not for you, my career would have long gone,” said Akhtar. “In that series against England, if you wouldn’t have treated me, I’m not going to say badly, but you motivated me enough to get back into the side.”

The Rawalpindi Express also stated that the two players had not spent much time together, which resulted in a lack of understanding.

“I thought that the behaviour was a bit rude towards me and I thought, you could not fully understand me. Because in the tour of Australia, we were all having a great time, I didn’t think you could understand me better because we didn’t get to spend much time together,” he said.

Akhtar revealed that the Tarzan-Jane comparison made by Flintoff charged him up on the field and he was ready to bring his best against the opposition.

“And on top of that, you said a famous line, ‘You look like a Tarzan, but bowl like Jane’. I said this Jane can bowl fast, let me show this guy to you,” he said. “I talked to [Steve] Harmison and said ‘I’m going to hurt you guys’ He said ‘we’re going to hurt you back’, but I was determined to go after Freddie.”