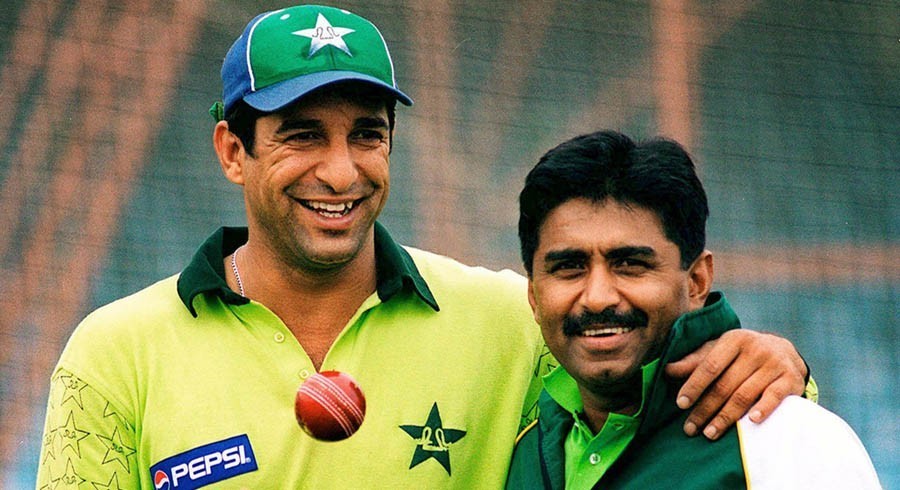 Cricket greats, including Javed Miandad and Wasim Akram, will hold online sessions with current and emerging red and white-ball cricketers to help them remain focused and make optimum use of their time in the wake of Covid-19 lockdown.

The sessions have been arranged by the Pakistan national men’s cricket team management in collaboration with the International Cricket Operations Department as they are looking at novel and innovative ideas to ensure its elite players and future prospects remain connected with the game in these unprecedented times and also learn from the experiences of some of the very best the country has produced.

Apart from Javed and Wasim, Mohammad Yousuf, Moin Khan, Mushtaq Ahmed, Rashid Latif, Shoaib Akhtar and Younis Khan will also share their insights about the game as well as their strategies, preparations and thought processes in the lead up to and during a series or an event.

The sessions will be run category-wise with Javed, Yousuf and Younis speaking with around 21 batsmen in three different sessions. Wasim Akram and Shoaib Akhtar will be giving lectures to 13 fast bowlers. Six spinners will attend the session to be run by Mushtaq while Moin Khan and Rashid Latif will hold sessions for five wicketkeepers.

Javed, an ICC Cricket Hall of Famer who scored 16,213 runs in 357 international matches from 1975 to 1996, will set the ball rolling when he delivers his lecture on Monday afternoon. Wasim, another ICC Cricket Hall of Famer with 916 wickets in 460 international matches, will connect with the fast bowlers on Tuesday, followed by the sessions of Rashid and Mushtaq with the wicketkeepers and spinners on Wednesday and Thursday, respectively.

Pakistan head coach and chief selector Misbahul Haq said: “I am grateful to these distinguished cricketers who have agreed to share their experiences with our young and emerging stars. These stalwarts have many inspirational and motivational stories to share with the young group and I want the current players to absorb what they hear and take learnings from these world-class performers. The interactive sessions will be split based on areas of specialisation.

“We have to plan with the mindset that the England series will go ahead. A number of these greats have been part of series winning sides in England and, therefore, their insight into how to plan and prepare for that series will be invaluable.

“Themes discussed will include work ethics, approach to the game, plans, practices and methods to perform under pressure, and dealing with challenges that come from being high profile players.

“The online lectures will not be limited to these cricketers and we’ll hopefully be requesting a few more, depending on their availability and our requirements.”

Javed Miandad, who was a member of the 1987 and 1992 Test series winning sides in England, said: “I have always loved sharing my thoughts on the way I have seen and played my cricket. I have not always played text book cricket, but I have researched the game and modified it according to my requirements, and that has been my success.

“I look forward to engaging with these players and hope I will be able to give them another perspective which can enhance their individual and team performance. These are our players and this is our team, and anything I can do to uplift their objectives, I will always be available.”

Rashid Latif said: “Wicketkeepers have an enhanced role in modern day cricket. Now, they are expected to contribute with the bat as well, something Moin and I did successfully in the 90s. That obviously came with mental toughness as well as more practice, training and striking the right balance between the gloves and the bat so that they continue to supplement each other positively.

“More than me telling them what they should be doing, my approach to this session will be to be open to questions and address their concerns as I have always believed an individual knows himself better than anyone else. This should be an interesting session and I look forward to making the most of it.”

Naseem Shah, the youngest to take a Test hat-trick, said: “This is an exciting initiative. I can spend whole week listening to these greats of Pakistan cricket. They are the ones who have been role models for most of us and them sharing with us their success stories, is brilliant.

“Of course, the added incentive of the sessions is listening to Wasim Akram and Shoaib Akhtar. It will be an opportunity to hear from them how they assessed their opponents and out-thought them with their pace and skill.

“Waqar Younis has been helping me a lot, which is evident from my performance, but this is an opportunity to learn how they used to hunt in packs.”

Much harder to watch off field, my heart would have stopped - Shadab Khan